The 1974 Silver Dollar coin’s valuation is twofold, which is quite unique. It is not only valued as silver bullion but also as a numismatic coin. This is why you will most likely see this silver dollar in the collection of top coin collectors.

So, it comes as no surprise that it has a high worth. To find out more, keep on reading.

How much is the 1974 Silver Dollar Worth?

The price of this silver dollar ranges from the face value of 1 Dollar to $21. Its price can change based on the silver content in the coin. In addition to that, to understand the 1974 Silver Dollar value, one must first be familiar with the grading system of coins. There are three tiers within the grading system.

The coin might have a few blemishes or marks but aren’t prominent enough to be noticed. The last tier is known as PR65, where the coin has no visible flaws and only a few unnoticeable blemishes. 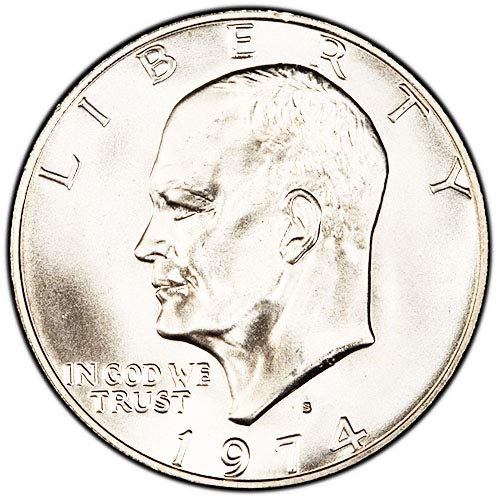 As of today, that is, March 17 of 2022, the value of its weight in silver is that of 7.98 dollars. This dollar value is calculated using the spot price of silver, that is, 25.25 dollars per ounce of silver.

Standard 1974 Silver Dollar Value Based on the Grading System

Since the 1974 silver dollar coin is also valued as a numismatic coin, we will now factor in its worth according to the condition the coin is in. Within the MS63 grading category, a standard 1974 silver dollar coin will be valued anywhere around 15 dollars. As we move further down the categories, the worth of the coin begins to increase as the condition becomes more and more aesthetically appealing.

Therefore, the worth of a standard 1974 silver dollar coin within the PR 65 condition is around 16 dollars, while any coin in the MS65 category is higher, which is around 21 dollars.

What was the highest price someone paid for the 1974 silver dollar coin?

In August of 2016, a 1974-D Eisenhower dollar was auctioned off at the price of 4,935 dollars. This is known to be the highest recorded price paid for this particular coin, which also featured goldenrod toning. 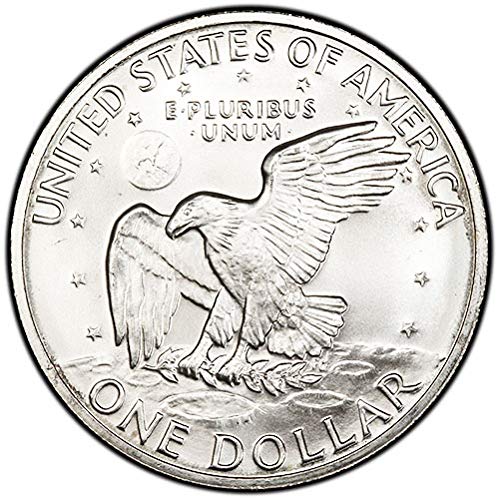 Where can I find the mint mark on a standard 1974 silver dollar coin?

The observe design of the 1974 silver dollar coin is that of Dwight D. Eisenhower by the designer Frank Gasparro. The minting mark of this coin can be found on the coin’s observe, particularly underneath Eisenhower’s bust. However, if you are in possession of a Philadelphia mint issue, then it is important to note that these particular mint issues were omitted from any mint marks.

Does The US still mint silver dollar coins?

The minting of silver dollar coins was struck back in the year 1977 and then in 1978. However, this time they were only minted in a copper-nickel version. It is also important to note that since the year 2012, the US has only issued and minted dollar coins as numismatic coins.

Will I devalue my 1974 silver dollar coin if I clean it?

It is always best to leave any type of antique metal coin alone rather than trying to remove any grit and grime off of it on your own. However, by cleaning or even polishing a silver dollar coin, you will not devalue them. If you are planning on selling or displaying your silver dollar coin and plan on cleaning it, it is best to opt for an appraisal before you do so.

Do D mint coins come with a lacquered luster?

Unlike the P mint coins, no such characteristic of a lacquered luster has been seen in D mint coins.

Check out How Much Is a 1974 Quarter Worth? (Value Guide)