Agate is an incredibly abundant rock because it can be found almost anywhere on our planet. However, there are some agate stones that will have a higher value than others.

That is because the worth of agate depends on color, location, type, and more.

If you want to know the value of agate in detail, you have come to the right place. Here is a complete guide that will let you know the value and worth of an agate. 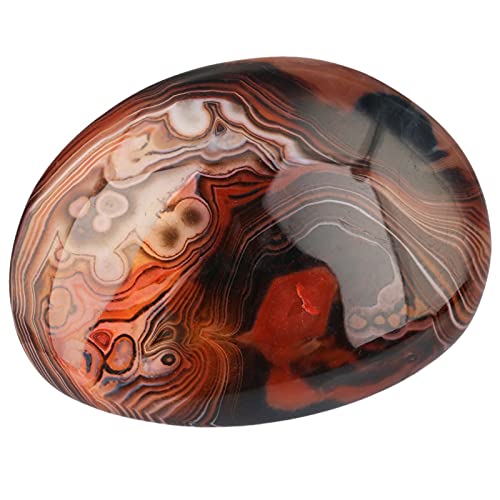 How Much Is An Agate Worth?

You will notice that most agate stones are incredibly affordable. That is because they will cost you between $1 and $10.

However, there are some varieties of agate that are expensive. Such expensive agate can cost you anywhere between $100 and $3,000. The value depends on the location, colors, and type.

For example, raw agate is much more affordable than tumbled agate. Each seller will offer you a different price.

That is why even if the weight and other factors of the agate are similar, there will still be a price difference. The reason for this is that appearance plays a big role in driving the price of agate up or down.

What Is The Value Of Different Types Of Agate?

There are different types of agate, and all of them have different values. However, the most expensive agates are geodes, landscape agate, fire agate, Lake Superior agate, and more.

Here are estimated figures for different types of agate to help you understand their worth:

Tumbled agate includes many different agate types. These include Botswana agate, tree agate, snakeskin agate, and many others. Remember that landscape agates are not real agates.

That is because these agates don’t have bands of color. However, many people still sell them as agates.

What Agate Is Worth The Most? 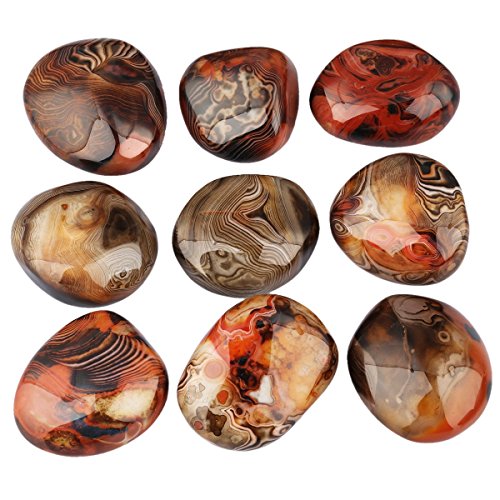 The agate that has the highest value is known as the Dendritic Agate. It is also known as the Plentitude Stone. Such an agate is one of the most valuable ones you will find in this gemstone.

That is because Dendritic agate is associated with the ancient dryads of Greece. If you want to get your hands on a valuable agate, then it doesn’t get better than this.

Once you do, you will have added a beautiful agate to your collection in no time.

What Color Of Agate Holds The Most Value?

The color of the agate gemstone will determine the value. That is because one of the top features of a real agate is the band of colors.

If an agate has an impressive range of colors, it will increase the price. That is why white, blue, orange, and brilliant red agate hold the most value.

On the other hand, dark colors, pale, and grey will decrease the value of your agate. You must remember that the intensity and brightness of your agate colors will play an important role too.

You must check all of these color features before you decide to invest in an agate stone. Once you do, you will understand if you are paying a fair price for the stone or not.

How Do I Sell Agate? 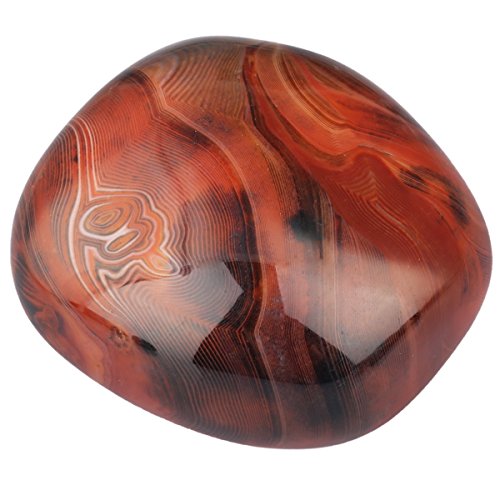 If you have an agate stone, you can easily sell it to get your money back. For example, you can sell agate to online shops, local jewelry stores, wholesalers, retailers, and more.

There are many professionals everywhere that will buy the agate stones from you in no time. However, you must understand the value of your agate by checking the cut, color, clarity, and other factors.

After all, you don’t want to sell your Agate for less than what you got it for. Evaluating these factors will help you sell the agate at a fair price.

Are Large Agates Worth Anything?

You must keep in mind that agates generally have a moderate value as a gemstone. The prices of these stones reflect the artistry and labor rather than the material’s value.

The color is also important as that will help determine the value of your agate. Finally, if you have an agate geode, they can easily sell for a premium and offer you a high value.