Have you ever wondered how much a quarter weighs? If so, you’re not alone. This is a question that many people ask, and it’s actually a bit of a mystery. In this blog post, we will explore the answer to this question and provide some insight into why it’s such a difficult question to answer. We will also discuss some of the possible ways that you could go about measuring the weight of a quarter. Stay tuned!

What Is The Weight Of The US Quarter?

Because the United States minted a number of different types of quarters throughout history, the weight can vary based on the type of the Quarter. The current clad quarters, on the other hand, weigh 0.2 ounces or 5.670 grams, and it has a thickness level of 1.75mm. Before 1965, most silver quarters weighed 0.22 ounces or 6.25 grams in weight. These quarters have 10% copper and 90% silver in them. 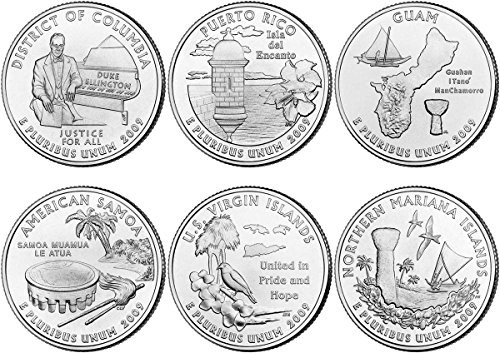 Who Is Engraved On The Quarter?

The Quarter has had a number of different designs over the years, but one thing that has remained constant is the image of George Washington on the front side of the coin. On the backside, there have been a number of different images, including an eagle and various other patriotic symbols.

Why Is It Called A Quarter?

The term “quarter” is actually a shortening of the word “quadrans,” which was a small Roman coin. In English, the term came to be used as a way to describe one-fourth of a dollar. It is 1/4th of the value of a dollar which is why it is called a quarter.

What Is The Quarter Made Of?

The current clad quarters are made of an inner core of pure copper and an outer layer of cupronickel. Prior to 1965, quarters were made of 90% silver and 10% copper.

When Was The Quarter Made?

The First Quarter was minted in 1796, but the current design wasn’t introduced until 1932. It has remained largely unchanged since then, with the exception of a few small details.

How Many Quarters Are There?

Billions of quarters are in circulation at the moment; however, there is no specific number. This number constantly changes as new quarters are minted, and old ones are removed from circulation.

What Is The Quarter Worth?

Why Do People Collect Quarters?

People collect quarters for a variety of reasons. Some people enjoy the challenge of collecting all of the different designs, while others simply enjoy the aesthetic appeal of the coins. Still, others view Quarter collecting as a valuable investment. Whatever the reason, quarter collecting can be a fun and rewarding hobby.

There have been many different types of quarters issued by the US Mint. Let’s take a look at some of them.

The Seated Liberty quarter was minted from 1838 to 1891 and was designed by Christian Gobrecht. It features a portrait of Liberty seated on a rock with her left hand resting on a liberty pole and her right hand holding a shield. The words “LIBERTY” and “IN GOD WE TRUST” are inscribed on the coin, as well as the date.

The Draped Bust Quarter was minted from 1796 to 1807. It features a portrait of Liberty facing right with her hair flowing down her back. On the other side, there is an eagle.

The capped bust Quarter was minted from 1815 to 1838 and was designed by John Reich. It features a portrait of Liberty facing the left with her hair in a bun.

All these old quarters are really rare and valuable. So, if you have any of them, make sure to hold on to them! You might be able to sell them for a lot of money. The old and rare silver quarters aren’t just valuable because of their rarity but also because of the silver content in them.