These are NOT endorsed by the US Treasury. Defacing of US coins is legal so long as the defacement isn’t for fraudulent purposes. The value of a 1922 Quarter is between $50 to $80. These coins were produced in the 2000’s by enthusiasts for the missing years.

They are usually what is known as “over-struck” on genuine US Mint Standing Liberty silver quarter dollars (circa 1917-1930). They are not highly sought after as a collectors item, other than in cases where people wish to have the entire set. 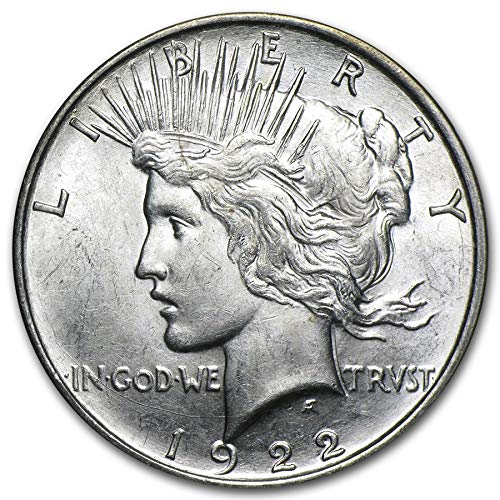 How much is a real Silver Quarter worth?

US quarters were made of 90 percent silver before 1965. That means that due to the silver alone it would have a melt value of about $3.50 (depending on silver prices at the time). Of course historical silver quarters are worth much more to collectors than just their weight in silver alone.

Depending on the year and mint mark the value of a silver quarter could be anything from a few dollars to thousands of dollars. Nowadays the quarter is just made of nickel and copper and worth just 25 cents.

How rare is a Silver Quarter?

It all depends on which coin you have. Things to take note of are the year it was produced, the mint mark and the coin’s condition. A good way to start thinning out valuable coins is to look at the general design.

Does it belong to Morgan dollar series? Is there a portrait of George Washington on one side?

If there isn’t it probably means that your coin is quite uncommon and therefore collectible and, importantly, valuable.

Generally quarters with a mint mark are more scarce so this also makes them more collectible. When it comes to the date the older the coin is, the more valuable it will be, simple but certain years are more collectible than others. Another thing to look out for is error coins as they are much more valuable than their “normal” counterparts.

What year of the Silver Quarter is worth the most?

Condition, as with all heritage coins, plays a huge role in the value of a Quarter. Serious collectors only want to purchase these coins if they are in excellent condition, and many of them are not unfortunately. These coins were circulated for long periods of time and most of them have incurred a fair bit of damage along the way.

All silver quarters are worth more than 10 times their face value of 25 cents. But there is one in particular that fetches a higher price than most. If you have this one in your collection be sure to get it valued as soon as possible as it might just pay for that trip you’ve been planning!