Back in 1942, the silver alloy was used for the first time to make nickels and pennies.

This continued up until the year 1945, until the end of World War II; this birthed the precious 1943 silver nickel. The 1943 nickel can therefore be easily distinguished from any standard nickel you see now.

To be precise about the minimum 1943 nickel value, the coin in circulated condition has a minimum worth that is equivalent to its silver’s worth. This value is calculated by the spot price, where today, the value of its weight in silver is 1.41 dollars. This value is derived from the spot price of silver, which is currently 25.05 dollars per ounce. 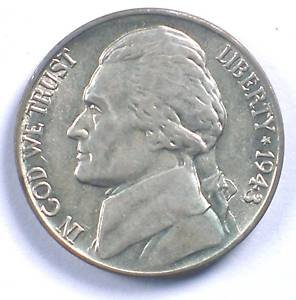 These two nickels were minted in Philadelphia and San Francisco, where only 271,165,000 and 104,060,000 nickels were minted, respectively. The reason why they are grouped together during their valuation is due to the fact that their values are incredibly similar. Those 1943 P and S nickels that are in good condition are known to have a value of approximately 2.50 dollars.

However, D nickels that are in incredible conditions are much more valuable, where the value falls around 4 dollars. Similarly, those that fall within the MS 60 uncirculated grade are also worth one more dollar than the P and S nickels, that is, approximately 7 dollars.

However, 1943 D nickels in the uncirculated MS 65 grade are of the same value, which is around 20 dollars.

Frequently Asked Questions About The 1943 Nickel 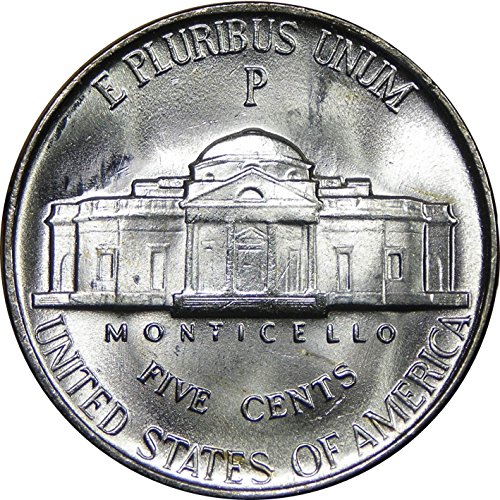 How do I tell apart the 1943 nickel from a normal nickel?

To tell a standard nickel from the 1943 nickel, all you have to do is flip the 1943 nickel over, that is, to its tails side. You will see that all of these silver nickels feature a significantly sized mint mark, which can be seen on top of Monticello’s dome. Using this mint mark, you can also identify where the nickel was minted.

What is the worth of the three over two 1943 nickel?

In their fine condition, they are worth somewhere around 50 dollars. Whereas, in excellent condition, their worth can be around 100 dollars. This value can even increase up to 700 dollars if the three over two error coin is categorized within the MS 63 grade.

What is the worth of a 1943 nickel that has no mint mark?

The worth of the 1943 nickel, regardless of the existence of a mint mark depends on its weight in silver and its numismatic value. This is why the value of a 1943 nickel that bears no mint mark on Monticello’s dome is no different than the worth of a 1943 P nickel or a 1943 S nickel, which is three, six, or twenty dollars, depending on its grading.