The Sacagawea dollar coin was first produced by the United States Mint in 2000 as a 1 dollar coin.

The Native American $1 Coin Act of 2008 mandated a design change that honors Native Americans and pays tribute to their contributions to the formation of the United States.

Additionally, the legislation required edge markings to include the year of production, mint marks, and the phrase E PLURIBUS UNUM incuse on the coin’s edge.

But what is the value of this coin currently? And can you sell it? Here is our answer.

How much is The 2000 P Sacagawea dollar worth?

With an MS 65 grade, the 2000 P Sacagawea dollar is worth around $5 in uncirculated condition.

On the other hand, the 2000 D Sacagawea dollar (a different variation) is worth around $8 in uncirculated condition with an MS 65 grade. 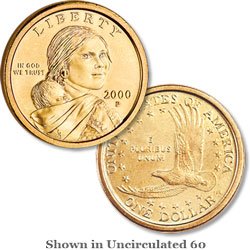 Why is the 2000 P Sacagawea coin so valuable?

The 2000 P Sacagawea coins are considered valuable because of their extreme rarity, which makes them very appealing for coin collectors.

This rarity is even greater when we discuss specific variations of this coin.

A Cheerios Dollar is the most valuable 2000 p Sacagawea dollar coin value with the date 2000 that was put into boxes of Cheerios in early 2000 as part of a U.S. Mint marketing effort to raise awareness about the new “Golden Dollar.”

Ten million packages of Cheerios were included in the offer, all of which came with a 2000 Lincoln Cent minted that day. A Sacagawea Dollar was also found in 5,500 boxes, which had been struck from a different set of master dies than regular Sacagawea Dollars.

Most collectors consider these uncommon coins to be pattern coins, and they are often known as Cheerios Dollars. The enhanced eagle tail feathers on the reverse distinguish them from normal Sacagawea Dollars.

Only a few specimens have been discovered, perhaps no more than 60 or 70 total, and they are quite precious, selling for between $5,000 and $25,000 depending on grade.

Not all of the Sacajawea dollars placed in the boxes had the enhanced tail feathers as originally thought, according to numismatic experts. 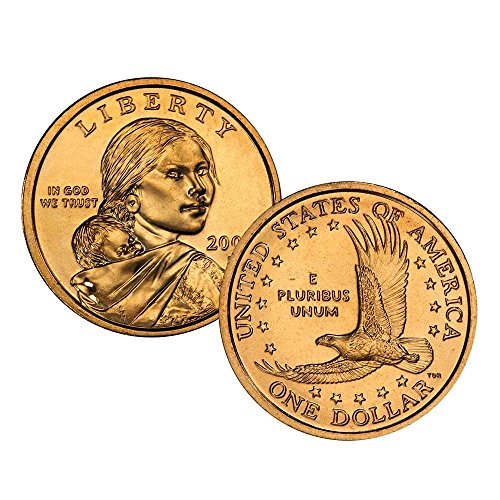 How do you know if you have a rare Sacagawea coin?

Pat Braddick, a coin collector, noticed the difference between a common Sacagawea dollar and the most valuable 2000 p sacagawea dollar coin value, those put in Cheerios boxes in 2005. To identify this uncommon variety, look for razor-sharp and firm features on the eagle’s tail feathers.

What is a 2000 P Presentation dollar coin?

The 2000 P Sacagawea Dollar is one of the rarest and most valuable errors in circulation.

Glenna Goodacre created the obverse ( portrait of Sacagawea) for the coin. In 1996, the US Mint invited 23 prominent artists and sculptors to participate in a contest to design Sacagawea.

The Mint’s Phil Diehl personally delivered these 5000 coins to Glenna Goodacre in her Santa Fe studio in New Mexico, personally presenting them to her.

These coins were particularly unique, and they differed from the other 2000 Sacagawea Dollars. The coins themselves were manufactured on burnished planchets using polished dies, resulting in a proof-like finish. They also had an antioxidant applied to preserve their distinctive appearance.

How much gold is in a Sacagawea dollar?

During the coin’s origin, they were priced at $5 each to assist customers distinguish them from their current circulating coins. The idea was to sell gold collector versions of the currency. 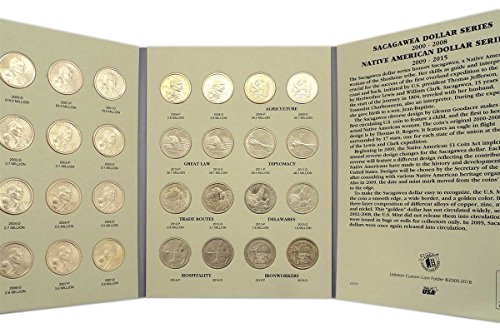 What is the wounded eagle Sacagawea dollar?

The 2000-P “Wounded Eagle” Sacagawea Dollar is so named because of a raised die flaw that cuts across the eagle’s tummy. As of January 2012, this variation has yet to be discovered by PCGS with a population of 115 examples in all grades.

As more collectors look at their currency, the number of people who own it may rise, or it might turn out to be a highly rare variety. It will take time for us to see what happens.

The vast majority of the known examples are Mint State, usually in MS-64 to MS-66. The finest examples are five PCGS MS67s.

What is the error on the 2000 Sacagawea dollar?

The mules were discovered in the coin bin soon after they had been struck, and they were immediately destroyed. Some examples, on the other hand, fled the Mint.

To date, 19 distinct examples of the 2000 Sacagawea Dollar Mule Error have been identified. Pieces have gone for as low as $6,000 at public auctions.