Gemstones are perceived to be safe because they have metaphysical powers that allow individuals to be safer, happier, and more powerful. This blog discusses malachite, a popular mineral.

Continue reading to discover whether malachite is harmful to humans.

Yes, malachite is a mineral that has toxic qualities and can be dangerous to people.

Malachite, a mineral mined in several areas of the world, may include more than 70% copper (II) oxide (CuO), an inorganic compound. When malachite is broken down or being broken down, it becomes even more toxic. Breathing malachite dust is also harmful.

Malachite is not water soluble, so it does not react with water. However, due to the copper in the malachite, it will interact with acid.

It’s best to avoid washing malachite in acid. For cleaning any malachite objects you have, use water and a mild soap.

However, malachite may be used for jewelry, other fashion or recreational applications, as long as it is not broken down. 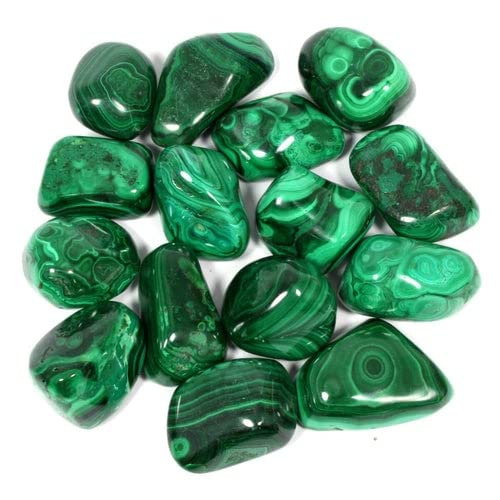 Malachite is a copper carbonate hydroxide mineral that has been used for centuries to create copper metal. It’s often discovered in caverns, cavities, and deep within numerous caves naturally because it forms deeply underground.

The malachite gems are found in clusters known as stalactites, and they’re usually split into two large slabs. Malachite is usually green in hue, ranging from pastel too brilliant to dark green at the end of the spectrum.

Is Malachite Toxic To Touch?

Malachite, in its broken-down state, is poisonous to the touch. If it is being processed when it is still in this form, the danger of toxicity increases. However, if set on a ring or other jewelry, the hazard of toxicity is minor or non-existent.

Keep in mind that, like malachite, any gemstone containing copper is dangerous.

The effect is not restricted to malachite. If you’re thinking about making a gemstone or crystal elixir, though, you should avoid putting malachite near your drinking water.

It is never acceptable to immerse it in water, regardless of its spiritual significance. You must avoid ingesting anything that has been exposed to malachite in any form or shape.

Malachite is not a very costly mineral as a gemstone, so it’s easy to see why some people want to acquire it for crystal elixirs. The dangers, on the other hand, would greatly outweigh any anticipated benefits, therefore I strongly discourage it.

Is Malachite Toxic When Wet?

Malachite is not harmed by water and will not dissolve or absorb dish soap in any way. Malachite’s copper content, on the other hand, makes it susceptible to acids.

Malachite should not be washed in an acid bath, even the outer surface. For cleaning your malachite jewelry, clean it with water and a non-reactive, mild soap.

Because of the copper in malachite, some individuals will be hesitant to touch it. Some people may not want to get it wet at all or be concerned that their perspiration might cause the malachite to react negatively.

There is no cause for concern. You may wear your malachite jewelry with confidence.

It will not release any noxious fumes while you wear them outside during the day, and light will not cause any harmful chemical reactions. 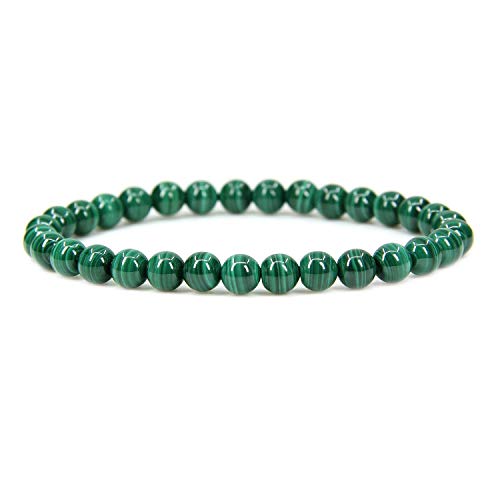 Is Malachite Safe to Wear?

Yes, malachite is completely safe to put on your skin and clothes. As long as the malachite isn’t raw or being broken down, it’s practically safe to touch and wear.

If you’re wearing malachite jewelry, and come into direct contact with an acid, noxious chemicals may be released.

What Is The Value of Malachite?

Due to its widespread occurrence, malachite is a relatively inexpensive gem. If you decide to buy wholesale for malachite, you may be able to get it for as little as $1 per carat—and frequently far less than that.

The value of the malachite stone is determined by its quality and size. Malachite stones are carved and cut to perfection individually. As a result, the worth of each piece of jewelry made out of malachite will differ.

Where Does Malachite Naturally Form?

Malachite is most often found in Africa. The mineral malachite was formerly plentiful in the Urals, but it has now been distributed throughout Israel and Egypt.

The Democratic Republic of the Congo, on the other hand, has just a little quantity of the mineral. In France, Australia, and the state of Arizona in the United States, tiny amounts can be found.