While many people think a tattoo is not religious, there are spiritual and religious people who get tattoos to signify different things.

The creation of Adam tattoo is one such tattoo that is highly popular among people with a strong faith.

So, if you are thinking of getting this tattoo, you must understand the meaning behind it.

Here is everything you need to know about the meaning of the creation of Adam tattoo. It will help you make the right decision as you figure out if it is the right tattoo for what you need.

What Is The Meaning Of The Creation Of Adam Tattoo?

The right arm stretches towards the left because it symbolizes the spark of life that God gave to Adam when creating him. On the other hand, the left arm of Adam is stretched towards God and it is the exact copy of God’s hand.

This symbolizes that God has created man in his image. Many people get this tattoo to feel a connection to God. 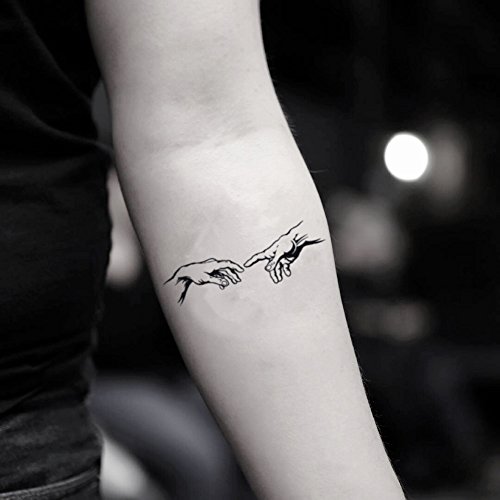 What Has Michelangelo Got To Do With The Creation Of Adam Tattoo?

Why Did Michelangelo Paint The Creation of Adam?

The Creation of Adam is a fresco painted by Michelangelo at the ceiling of the Sistine Chapel in the Vatican. It depicts how God made Adam, giving him life, and how he created humanity in the Book of Genesis.

However, he was permitted to reconsider the design by the Pope. The final product is one of his most magnificent and complicated works, which measures 500 square meters on the ceiling and depicts over 300 figures.

Michelangelo took inspiration from the Bible and Genesis 1:27, which states that God formed man in His own image, in the image of God he created him. It’s also been suggested that he was inspired by medieval hymn “Veni Creator Spiritus,” in which the phrase “finger of the father’s right hand” is used.

What Do Adam And Eve Symbolize?

It is important to understand the symbolic nature of Adam and Eve. He is a symbol of the heavenly spirit that was later sent down on Earth.

That is why the fall of Adam symbolizes that humanity became conscious of good and evil. All of this is also represented in the creation of Adam tattoo. That is because you can’t separate the tattoo from the context within which it was made. 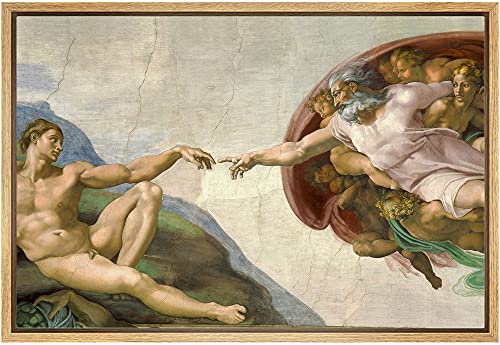 What Is The Hidden Symbol In The Creation of Adam?

The creation of Adam painting by Michelangelo contains a hidden symbol that many people don’t know about. The symbol is a brain shape outlined by the billowing shroud of God.

While Michelangelo did not provide meaning for what this is, many people give out their own interpretations about this hidden symbol.

For example, according to most people, the message of this hidden symbol is that of consciousness. The symbol represents the fact that consciousness is the best gift that a creator can give to its creation. After all, consciousness is what separates us from other beings on our planet.

What Is The Cost Of A Creation Of Adam Tattoo?

On the other hand, if you want a big tattoo on your back or arm, it will cost you more.