Like most old coins the 1925 half-dollar has a greater value than its face value. Its present value today is worth way much more than $1 which makes it have a great numismatic value (an old coin that is valued at over $1).

The loss of these coins due to the high cost of gold and silver and the increased demand for currency and new coinage plays a huge part in the valuation of the 1925 dollar today.

Due to its increasing scarcity thanks to coin collectors who keep hoarding it because of its metallic value and monetary value, it has seen increased inflation over the years. Below, is detailed information and analysis on how much a 1925 half-dollar is worth; 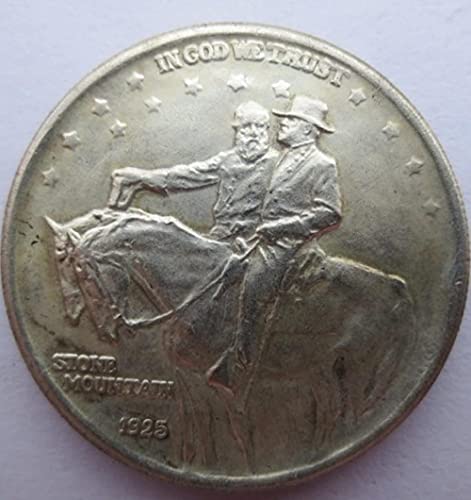 Here is a table that summarizes the value of the 1925 half-dollar;

Check out How Much Is The 1925 Silver Dollar Worth?

The History of the 1925 half dollar

The 1925 half-dollar is valued more as a collected coin, the model for this coin was created by Gutzon Borglum. This coin was originally meant to be in memory of the deceased president, Warren G. Harding. But nothing about him was depicted on the coin.

It, however, featured two other famous and notable personalities which are Generals Robert E. Lee and Thomas Stonewall Jackson. The coin depicts the two generals mounted on horseback.

Right above their engraving is the motto ‘IN GOD WE TRUST’ below to the left is the inscription ‘STONE MOUNTAIN’ and date, 1925. On the other side of the coin is the image of an eagle perched on a rock, surrounded by several texts.

The first 1000 half dollars were minted at the Philadelphia Mint on the 21st of January, 1925 which was the 101st birth anniversary of Thomas Stonewall Jackson.

Although work on this memorial started in the year 1923, the project was not completed until 1970.

The history of the volatile prices of the 1925 half dollar 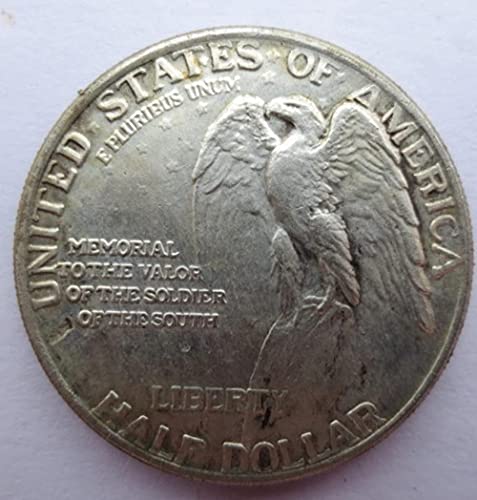 The 1925 half dollar is inexpensive compared to other old coins due to the large quantity still in existence. It is sold at $65 in an almost uncirculated condition and pieces near-pristine MS 66 at $335.

Another factor that carries large blame for the relatively low valuation of the 1925 dollar is the fact that it was produced in only one location in large quantity. Coins minted in multiple locations tend to have a much higher valuation according to analysts.

While the less shiny coins with indentations, sharp curves, and physical scratches might not be worth much. However, coins that didn’t stay I’m circulation for too long and were well preserved have a higher valuation than other coins of the same year and face value.

Cons of well-preserved physical conditions are known to scale to well over thousands of US Dollars in today’s money. Some harbor hopes that the price would still inflate in the future, hence the hoarding and continuous scarcity of these coins.

In circulated conditions the half-dollar coin is worth at least its weight in silver. As of June 2022 the silver melt value for this coin is $7.84 and this melt value was calculated by the current price of silver per ounce which is $21.68.

Where is the mint mark of 1925 half dollar located?

The 1925 half dollar was not produced in other locations such as Denver and San Francisco. It was only produced at the Philadelphia mint and had no mint mark because at the time the Philadelphia coin minting factory did not specialize in the engraving of coins. 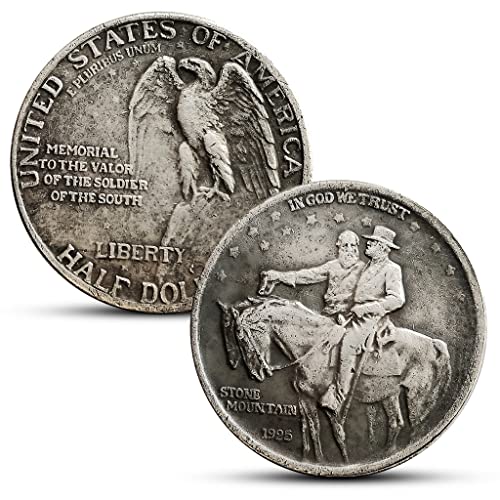 Who is on the 1925 Stone Mountain half dollar?

The 1925 Stone Mountain memorial half-dollar features the civil war leaders Robert Lee and Thomas Stonewall Jackson on a horse and the reverse is an eagle on a cliff. It is because they were on mountain stone. The fact that on the coin itself was an inscription of Stone Mountain, that the coin owes its famous alias today

How much does a 1925 Stone Mountain half-dollar weigh?