The 1950 quarters are a part of the Washington quarters collection. These hold great historical relevance as these were the first coins to showcase the first US president.

And so, it makes them one of those coins that every collector wants to get their hands on. Let’s have a look at what these 1950 Washington quarters are worth now. 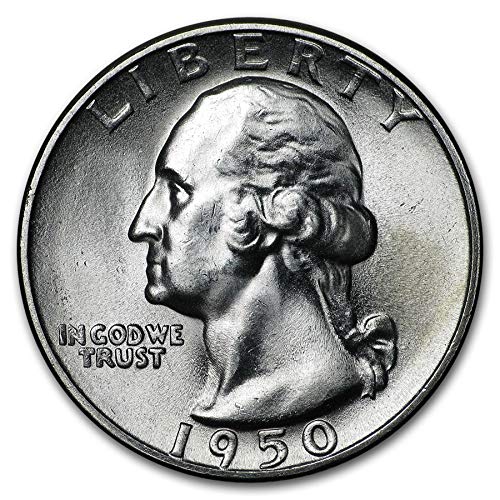 The 1950 quarters value ranges from $3.8 to $6.1, depending on whether they’ve been circulated or not. Whether these coins are of good, fine, or extra fine conditions, they hold and almost identical value. However, if they’re available in mint condition, then the values change depending on the type of coin.

The value can go higher up if the coin has an MS grade. For instance, a 1950 quarter with an MS 60 grade values at $8.2, whereas an MS 65 quarter values at $41. There’s a great difference in values when comparing these grades.

A PR 63 1950 quarter is worth $81, which is the most valuable out of all the variations. These are also quite rare to find.

The valuation of the 1950 quarters are based on the condition of the coin and what grade they have. The top ranking ones are those that have not been circulated, which means these remain untouched. They are highly valued and are the most desirable coins that collectors are on the lookout for.

Then there are the extremely fine, fine, and good variations. Coins with extremely fine conditions are still slightly better valued as they stand the best amongst the lot.

Another way that the coins are valued is through their MS grade. MS refers to Mint State coins that are struck for circulation. Antique coins with an MS 60 to 70 have a high value today. 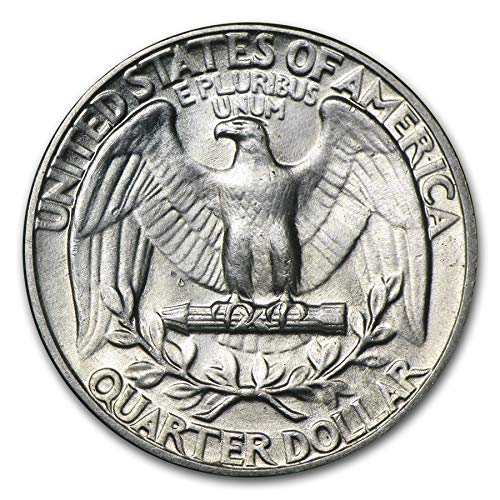 The 1950 quarter holds a distinct historical relevance as it belongs to a class of coins that were issued during the Great Depression. The coins feature the first president the United States, George Washington, making these quarters go high up any collector’s wish list.

The reverse side of the coin also has mint marks that can help identify the value of the coin. Along with this, on the edge of the coin “United States of America” is engraved.

The melt value of a coin refers to the price of the coin if it was melted down as it is. These silver coins have a melt value that would change based on economic factors, including inflation. Currently, the melt value of a 1950 quarter is $3.68. This is calculates using the latest silver spot price of $20.33 per ounce.

What are the Different Types of the 1950 Quarter?

Different mints have produced these 1950 quarters, and so, there are a few variations of them. Around four different types of the 1950 quarter are present, including the following.

These hold different values based on the conditions and their mint marks. A 1950 quarter without a mint mark is valued lower than the ones that have mint marks. For instance, 1950 quarters with S and D mint marks will have a higher worth than others. 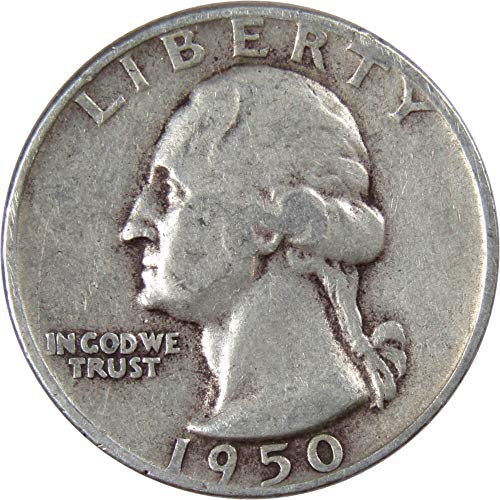 There are rarities present in the 1950 quarters, including over punched mint marks on the quarters. So, there are variations that have S punched over D and D punched over S. There’s no data of how many of such coins have been produced, but they’re a collector’s item.

These rare quarters have their values starting from $50 and can go up to thousands of dollars. The highest bid that’s gone for such a coin is recorded at $29,375. So, it all depends on how much the buyer is willing to pay.