Not all pennies are valuable, and the 1963 penny certainly isn’t. The 1963 penny is also known as a Lincoln penny, and they don’t have much of a face value anymore. However, thy will sell for a relatively higher price if the penny is in uncirculated condition.

If you want to know more about the 1963 penny value, you are in the right place. Here is what you need to know about it.

The 1963 penny value depends on the condition and the copper weight in the penny. Of course, silver pennies are always worth more because silver is more expensive than copper. For example, the copper melt value right now for each penny is not more than $0.02, which is why they only sell for higher in an uncirculated condition. 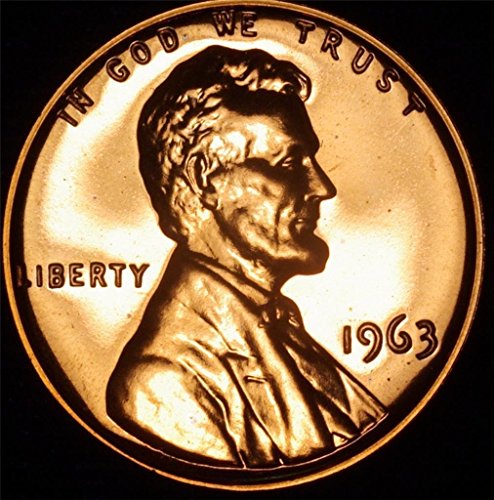 What Is the 1963 Penny Value Of Proof Coins?

Proof pennies are struck in small and restricted amounts for collectors with significantly polished blanks and specifically-prepared dies. The intention of a proof coin is never to release it into circulation. They are only sold at a special price to coin collectors during the year the penny is issued.

The 1963 penny value of proof coins are between 72 cents and $2.50. Remember that the ones with a flawless surface will resell for even more. However, an interesting fact about this penny is that one of the pieces sold for more than $40,000 in 2004.

Error pennies have a higher value because they are rare. That is why it is important to witness such pennies if you want to add them to your collection. The most common and collected 1963 pennies include double die pennies, BIE pennies, punched mintmark pennies, and pennies with an off-center.

The value of  all of these pennies is unique. If you want your penny to offer you a higher value, you can collect these instead.

How Much Is The 1963 Doubled Die Penny Worth?

A doubled die penny is one where the hub dubbled the die during manufacturing. Because of this, an image was transferred on the die that came onto the blank coins. The 1963 penny value of a double die was between $5 and $20.

Of course, the value will depend on the condition of the coin and the type of double die that is on it. So, you can expect the value to be anywhere around this ballpark.

How Much Is The 1963 Punched Mintmark Penny Worth?

On some of the 1963 pennies, you will find many of the mintmarks doubled. Besides that, other errors also include the mint mark placed sideways. So, the value of each will be unique.

However, the 1963 penny value of a repunched mintmark can be anywhere between $3 and $4. It will depend on the type of mintmark error and the coin’s condition.

The BIE penny is one where Liberty is written on the head’s coin side. Besides that, the vertical die break is noticed between the B and E of the word Liberty. Because of this error, it seems as if there is a capital I.

These are common pennies and have a value of around $5. So, be sure to collect these pennies.

What Is The Composition Of 1963 Penny?

The 1963 penny is made up of 95% copper and 5% zinc. This is why the copper price in the market can also affect its value. It is said that the copper in a penny can be worth more than one cent. So, if you have a lot of pennies, it might be worth your time to find to find out what they are worth.

Find out the value of other 1960s pennies…