More than a hundred million 1966 Kennedy half dollars were issued. It has value as a numismatic coin and silver bullion. If you want to add this coin to your collection, you must understand its value before making a decision.

Here is everything you need to know about the 1966 half dollar value.

That is because the coin’s worth is calculated from the silver it contains. Currently, the silver spot price is over $24, which is why this coin’s value is now more than three dollars.

Keep in mind that most of these 1988 Kennedy dollars are still in uncirculated condition. Many coin collectors took these coins into their collection as soon as they were released to the public. So, you will find these uncirculated coins with the collectors. 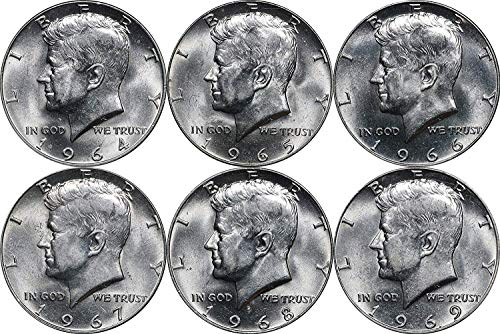 What Is The 1966 Half Dollar Worth In Uncirculated Condition?

Coins in uncirculated conditions offer more value. However, it also depends on the grade they belong to that determines their overall value. For example, the 1966 half dollar value of the coin with no mint mark is worth over six dollars with an MS 63 grade.

On the other hand, an uncirculated coin with an MS 65 grade can sell for more than $75. You must also remember that there were no 1966 half-dollar proof coins minted during this year.

What is The Metal Composition Of The 1966 Half Dollar?

All coins have unique metal compositions. For example, the 1966 half dollar comprises 60% copper and 40% silver. If the dollar had more silver, it would have a higher value today.

However, because the primary metal composition is copper, the 1966 half dollar value is comparatively less than other coins. But, of course, it is still a great addition to have in your collection, as most early collectors have this coin.

Where Is The Mint Mark Located On The 1966 Half Dollar?

The mint mark is an essential indication of the coin. For example, if you look for the mint mark on the 1966 half dollar, you will find it under President Kennedy’s neck. If the mint mark is not present in this location, the coins were minted in Philadelphia.

The USA minted the 1966 half dollar in Philadelphia with no mintmark. Besides that, there was no other half-dollar series minted during that year.

What Is On The Obverse Side Of The 1966 Half Dollar?

When you look at the obverse side of this coin, you find Kennedy’s head facing left. Besides that, the word “Liberty” is written above and towards the sides. The date of the coin is also written beneath Kennedy.

Above the date, you will find that the coin says “In God We Trust.” Such inscriptions are common in currencies, as you may have seen. Little changes are only made depending on the year and the person after the coin was made.

What Is On The Reverse Side Of The 1966 Half Dollar?

On the reverse side of the coin, you will find an adaptation of the Great Seal of the United States of America. It is also reminiscent of the Heraldic Eagle style on 19th-century gold and silver coinage. The reverse side is a treat to look at, and you will love the design and appearance of this coin.

If the reverse and obverse sides don’t have these features, the coin is not accurate. Therefore, it is always best to go to a professional so that you can verify the genuineness of the coin you have collected and get the accurate valuation by him.

Where Can I Find A 1966 Kennedy Half Dollar?

You can easily find the 1966 Kennedy half dollar on many online stores that can ship the coin to you in no time. Besides that, if you know any private coin collectors, you can also ask them if they have this half dollar. However, you will have no trouble finding it online and other market places.

A quick Google search will show you where you can get the coin. Once you do, you can add it to your collection in no time.