The 1966 quarters are, unfortunately for coin collectors, quite common.

Most coins in the 1960s were minted in three different mints including Denver, San Francisco and Philadelphia.

However, the 1966 Washington Quarter is one of the few coins in the United States that were only minted at the Philadelphia Mint.

These coins are fairly common considering that there were over 800 million 1966 quarters minted.

The quarter itself was made from copper-nickel clad, and as a base metal, it does not hold significant value.

But, there are some edge cases where 1966 quarters can be incredibly valuable.

Read more to find out whether your coin fits the required description! 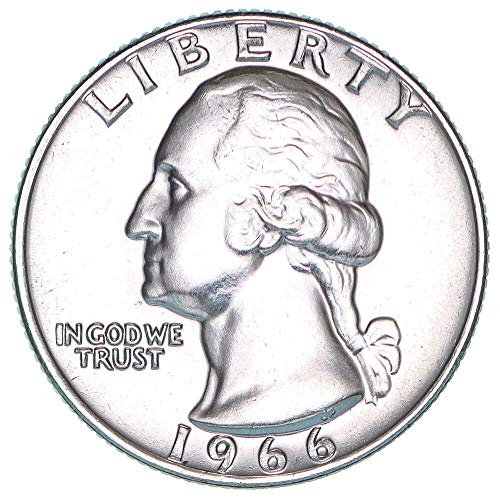 There are 1966 quarters whose cost goes beyond their face value, but the characteristics which lead towards such increase are as follows:

If you find a buyer that is desperate to add these coins to their collection then you might be able to fetch more money than the values mentioned above.

Apart from the categories mentioned above, you should know that the most valuable 1966 quarter ever sold was graded MS68, by the Professional Coin Grading service. 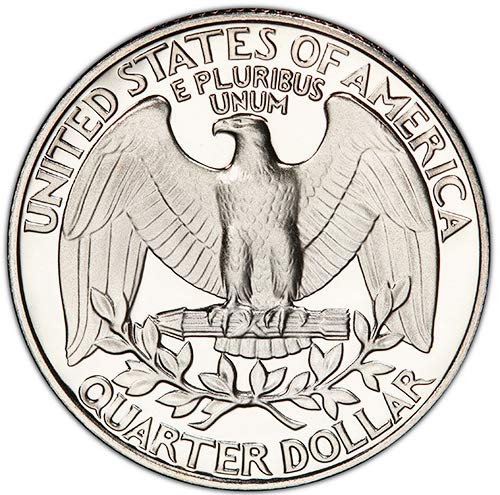 Is There An Error-Ridden 1966 Silver Quarter Coin?

There are many common and valuable errors that instantly amplify the worth of a coin and similarly the errors upon 1966 coins are rumored to prevail.

1966 was the year where transition took place and dimes and quarters shifted from becoming 90% silver to no silver.

Due to this extreme shift in the make-up of the quarters, errors were bound to be made within the operating procedure.

Though very rare, it is not entirely impossible to come across the 1966 error silver quarters, as there exist error varieties for the 1965-1968 quarter.

To be able to better understand and analyze the error coin is to weigh it or observe that compared to copper and nickel coins, a silver quarter will be shinier and will not have any additional layers showing up on the edge of the coin itself! 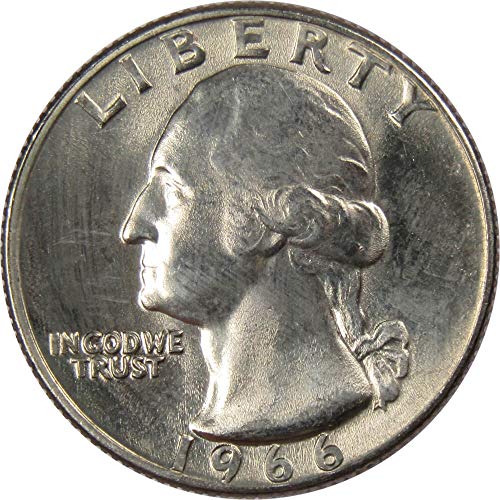 Unfortunately you will have to be mindful as at times the way the quarter may look might not be a dead giveaway and the eye test can be quite unreliable, which is why it is crucial and safer to use a gram weighing scale.

What you should be looking out for is that a 1966 silver quarter is to weigh around 6.35 grams, while on the other hand the clad quarter will be lower, amounting to 5.67 grams.

You can also take the quarter to a professional coin grader to be extremely sure.

In addition to the silver composition in the 1966 Washington Quarters, there are also other error that can be found on these coins. These errors include:

All of these errors affect the value of the coin. You can know more about the value of 1966 Quarter with different errors in this video.

History of the 1966 Quarter Coin

The United States Mint in Philadelphia was established under Mint Act of April, during a time where coins were only produced when ample silver was deposited by individuals.

The history of quarters dates back to 1796, where they started initially as Draped Bust and transitioned to Capped Bust, Liberty Seated, the Barber quarter, the Standing Liberty quarter after which came the Washington Quarter.

The 1966 Quarter, also commonly known as the Washington Quarter was circulated in 1966 and received much criticism due to its wear down quality due to material used prior.

Silver versions of the coins are still produced, though rarely, for annual collector sets and incorporate .999 component of fine silver.

The design itself shifted from the left-facing bust of President George Washington to featuring the bold eagle with its wings stretched out.

Looking to learn more about coins from 1966? Check out How Much Is 1966 Half Dollar Worth?

Is There a Mint Mark on the 1966 Washington Quarter?

The first time “P” mintmark was seen on a coin was in 1979. If you see one with a mintmark then there are high chances that the coin is a counterfeit.

Who Designed the 1966 Washington Quarter?

The coin was designed by the the famous engraver, John Flanagan who is known for his various coin designs.

There is a bust of George Washington on the Obverse and a Bald Eagle on the back side of the coin.

Does The 1966 Washington Quarter Have Any Melt Value?

The 1966 quarter is made with copper and nickel so their melt value is based on the bullion price of these two metals.

They are not considered precious metals like Silver or Gold. So, these coins do have a melt value but it is not very high.