Since the dawn of time, humanity’s yearning to discover riches has been a source of fascination. There are several fascinating treasure-hunting shows accessible right now, thanks to modern television and hundreds of methods to view entertainment that are waiting for you on your phone, computer, or television set.

In this article, we’ll take a look at the best treasure hunting shows currently available, and what you can expect to find in each one. 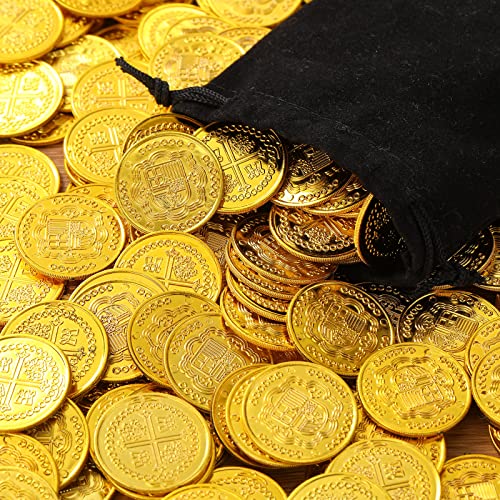 Within these programs, you will discover shipwreck riches, lost riches, and mysteries to be solved.

1. The Curse of Oak Island

This show follows the stories of two brothers who are determined to find out what’s hidden on Oak Island- a small island off the coast of Nova Scotia, Canada. For centuries, people have tried and failed to uncover the buried treasure believed to be there. The island is home to many strange and dangerous phenomena, so it’s no wonder that it has captured the imaginations of people all over the world for centuries.

This reality show follows a group of miners who are working in the Klondike region of the Yukon, Canada. They are in search of gold, and they will stop at nothing to find it. The show is full of drama, as the miners face dangerous conditions and difficult choices.

In 1963 astronaut Gordon Cooper discovered strange anomalies while flying over the Atlantic Ocean. He took photographs of what he saw, and then filed them away. It wasn’t until after his death that his friend Darrell Miklos found the photos and set out to uncover what Cooper had discovered.

In 1945, a U.S. bomber carrying gold and other treasure went down in the Philippines. The gold was never found, and the story of the lost gold has haunted people for decades. In this show, a team of experts set out to find the lost gold.

In this show, two friends search for lost and buried treasures. They use metal detectors and their own skills to find hidden treasures.

This show follows an auction house in Atlanta, Georgia. The experts at the auction house find rare and valuable items, and then auction them off to the highest bidder.

In search of the legendary Treasure of the Trinity – an elusive Inca treasure believed to be worth nearly $400 million – a handful of adrenaline-fueled explorers were trekking across one of the world’s deadliest islands (over 4,000 snakes inhabit this 110-acre terror.

They didn’t discover the treasure there, but they did come across a map with a hint!), which took them deep into Argentina’s Atlantic Forest. In the last season, the treasure hunters asked for another three months of permission to search for extremely valuable items connected to the Trinity’s Treasure, which authorities granted.

Who Is the Best Fictional Treasure Hunter?

Indiana Jones is the best fictional treasure hunter. He is a professor of archaeology who gets involved in adventures all over the world. He is skilled in many forms of combat and has a great sense of humor. He is also brave and determined.

Yes, treasure hunters still exist. They use a variety of methods to find treasures, such as metal detectors, sonar, and diving. They often search in remote locations and dangerous environments.

What Is the Biggest Treasure Ever Found?

According to experts, the Lemminkäinen Hoard, if discovered by the team, would be worth more than £15 billion. According To researchers and historians, the pile contains over 50,000 precious gems including diamonds, sapphires, and ancient relics.

Is There Any Treasure Left in Ocean?

According to multiple reports consulted by Forbes, the seas are home to around 20 million tons of gold. This implies that the incredible underwater treasure – if we assume that one gram of gold is worth $ 57.39 in August 2021 – has a value of 1,147 trillion dollars.

What Happens if You Find Gold?

If your find isn’t deemed a treasure, you are required by law to report it. It will be taken into police custody and treated similarly to any other matter of lost property. However, if you have a genuine treasure trove, you’re probably in luck.