If you want to improve your spiritual path or need a stone with which to turn when things get tough, rhyolite may be a great choice. Learn about the significance of rhyolite and how you can utilize it in your life, including enhancing your meditation practice and boosting self-love.

Can rhyolite go in water?

Yes. In fact you can clean rhyolite with water.

Clean your rhyolite jewelry as soon as possible after removing it, since jaspers are porous and readily stained. Wash the jewelry with warm, soapy water and a soft brush or cloth. Dry thoroughly after washing. 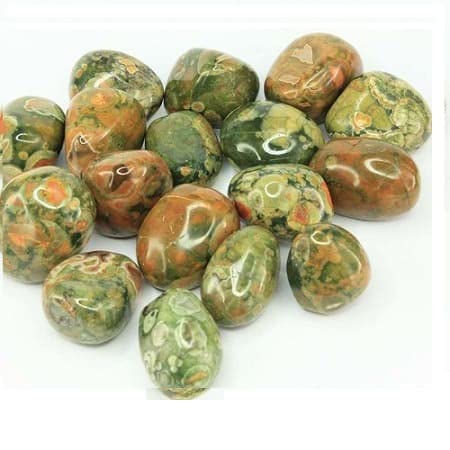 Rhyolite is a pyroxene-rich igneous rock with a trigonal crystal structure. It has a Mohs hardness of 7.

The most common color of rhyolite stones is white, although light grey, green, and red are also seen. They range in size and are frequently banded or spotted with deposits found in Australia, Mexico, and the United States naturally occurring.

Rhyolite forms when partially cooled granite magma becomes too hot and liquid to be contained by Earth’s crust, which is why it occurs during continental eruptions. The exception, however, is an underwater volcano in the Baja Peninsula of Mexico that is rewriting the script.

At mid-ocean ridges, basalt lava is generally produced. As it cools, this ocean crust becomes the earth’s outer shell. Here’s where things start to get interesting. Basalt lava is low in silica, whereas granite magma has a large amount of it (and is the key to creating rhyolite). It’s possible that the high quantity of volatile chemicals in the magma came from seawater, allowing for the formation of rhyolite.

The humble volcanic rock plays a fundamental role in the creation of other precious gemstones. Gases are trapped within the rhyolite during an eruption. The lava flow cools, and mineral-rich groundwater penetrates the stone. The result? Stunning deposits of precious gems, such as red beryl, topaz, agate, jasper, and opal, fill the cavities produced by the trapped gas.

Ferdinand von Richthofen, a German traveler and geologist, first used the term rhyolite in 1860 to describe a greenish-gray igneous rock with quartz crystals.

Rhyolite is a volcanic, igneous rock. It’s high in silicon and has a glassy, fine grain, or mixed crystal size texture. Natural rhyolite has green, cream, and brown hues with patterns and inclusions.

Because of its similar form, rhyolite has been confused with jasper, resulting in some people believing it to be “rainforest jasper.” Despite the fact that it is highly fractured and therefore unsuitable for construction, rhyolite is occasionally used to make crushed stone for aggregate and fill.

It’s been utilized to make stone tools, such as scrapers, blades, and projectile points, due to a lack of better options.

Rhyolite, which is perceived as a balancing stone, has been used to boost self-esteem and self-worth while also aiding in the resolution of problems. It’s a stone that’s supposed to help you deal more effectively with difficulties by allowing you to change, explore, and progress.

Rhyolite is said to help people reach their objectives and make their ambitions a reality, as well as strengthening the soul, body, and mind. Rhyolite has strong ties with the Earth. It is not a birthstone, but it is a zodiac stone for Gemini, Sagittarius, and Aquarius.