Replacement bills printed by the United States Federal Reserve are called star notes. These star notes are more difficult to come by. A star note has a star symbol at the end of the serial number and is worth more money.

Star notes may be worth more than regular notes. Continue reading to discover more about these bills, including how they’re valued.

In uncirculated condition, a 2009 $100 star note is worth anywhere from $150 to $200. Some star notes are still in circulation and thus aren’t worth much more than their face value.

The series of 1966 red seal star notes was one of the most popular $100 star notes. Since 2008, they have dropped in value by 50%. Nonetheless, despite their relative accessibility, they bring hefty prices.

Even if a note is rare, it will be valued if it was printed before 1935 and has a serial number lower than 100. In excellent condition, the value of a 1950 $100 star note is about $225. The worth of an extremely fine example is about $300.In uncirculated form, the price for notes with an MS 63 grade is approximately $975. Star notes issued by the Federal Reserve Bank of Dallas will go for a premium. 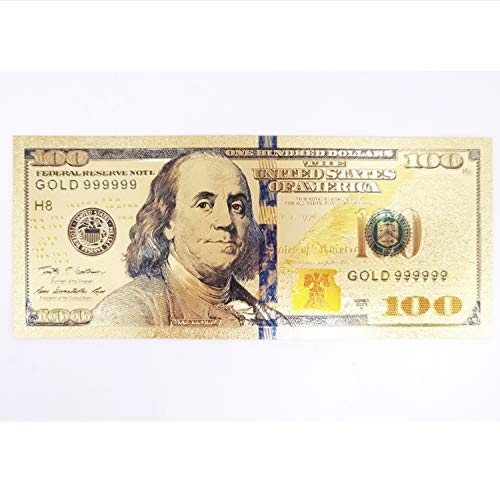 What is a star note?

The BEP (Bureau of Engraving and Printing) uses high-denomination star notes to replace damaged or misprinted currency that has yet to enter circulation. These replacement notes are printed similarly to regular money, except they include a star in the serial number.

Look for a star sign at the end of the serial number to determine whether you have a star note.

What are the two types of star notes?

There are two kinds of star notes. The difference is in when they’re used during the printing process. The print type has a significant impact on whether or not a star note is rare.

Nothing apparent will distinguish between a sheet-type and a regular-type star note. They appear to be the same, which is why utilizing the tables and lookups is so critical. The distinction between the two is that star notes are used to replace damaged goods during the printing process. This is a crucial detail in determining the scarcity of a star note.

How do I know if my star note is worth money?

The state of a note’s quality has a major impact on its worth. If the rarest star note is filthy and shredded, it isn’t probably worth much more than face value.

For older series notes, the number of issues per run is less significant. Modern star notes are more likely to be completed by print run in star note sets than previous series notes. The total amount printed of older star note series is more often collected by the FRB, therefore the significance of the overall quantity produced is greater.

In addition, many reference books do not go beyond letters in breaking down older-series star note values estimates provided by FRB. The whole notion of print runs gets diluted.

Where can I sell my Star note bills?

According to experts, you may discover your star note’s serial number in order to find out how uncommon it is – and bills that are far more rare can go for a considerable sum on sites like eBay, Heritage Auctions, and Mercari.