The Morgan silver dollar is a well-known one-dollar coin. From 1878 till 1904, as well as 1921, the US Mint manufactured about 657 million of such coins. However, these silver dollars have become increasingly scarce in the coin market.

Realizing this, coin enthusiasts are eager to acquire any available pieces. Scroll down below to find the worth of the silver dollar now!

How Much Is 1899 Silver Dollar Worth?

Like every other collectible coin, the value of the 1899 silver dollar also depends on the condition it’s in, the mint mark, and the rarity. The price of an 1889 silver dollar can range approximately between $35-$3100.

The Morgan dollars were issued in three different locations, including Philadelphia, in which the coin has no mint mark, San Francisco with a mark of “S” and an “O” mint mark for New Orleans. The mint marks are visible on the reverse side of the coin.

The silver coins made in Philadelphia with no mint marks in very fine condition are valued to be roughly $175, whereas, in extremely fine condition, these coins are worth approximately $185. These silver dollars in uncirculated condition with a grade of MS 60 or MS 65 are worth $275 and $700, respectively. There were only 846 coins in PR 63 state minted, which now have a value of almost $3000.

In the very fine form, the 1899 S minted coin is valued at roughly $45, while in extremely fine grade, it’s worth for nearly $65. The uncirculated version of the coin with a grade of MS 60 is worth $425, while the MS 65 condition uncirculated coins can be purchased for approximately $1850.

On the other hand, the 1899 O minted silver dollars in very fine condition are at a price of almost $30 and for $33 if in extremely fine condition. In uncirculated conditions, this coin’s value raises up to $50 in an MS 60 grade and $150 if its grade is MS 65. 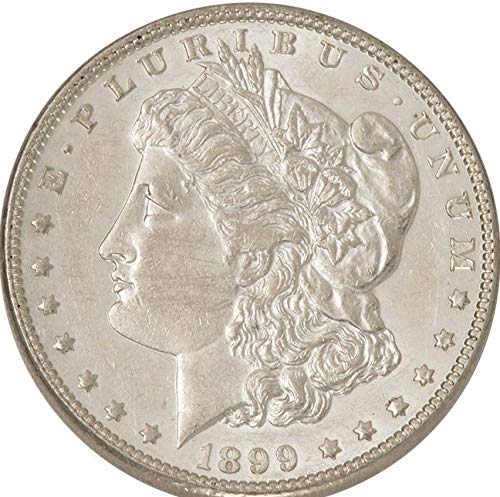 What Is The Composition Of The 1899 Morgan Silver Dollars?

Silver accounts for 90% of the Morgan silver dollar’s component, with copper contributing for the remaining 10%. Each coin has an overall weight of 26.83g, a diameter of 1.5 inches, and a silver composition of 24 g, along with being approximately 2.4mm thick.

This coin is worth nearly its face value in silver in circulating form. As of 2022, the silver melt price of this coin is $19.28. This melt value is derived from the spot rates of silver, which is $24.93 per ounce.

What Is The Design Of The 1899 Silver Dollars?

The main surface of the 1899 Morgan silver dollar features a portrait of Lady Liberty. She is situated in the center of 13 stars, which symbolize the 13 founding colonies. Over her head is the Latin phrase E PLURIBUS UNUM, and underneath, you can see the year of minting.

The backside of the coin depicts an American bald eagle holding an arrow in one claw and a branch in the other. Half-wreaths surround both sides of the eagle’s face, and the phrase IN GOD WE TRUST appears between both the outstretched wings. Additionally, the top side reads UNITED STATES OF AMERICA, while the lower side has the number ONE DOLLAR. 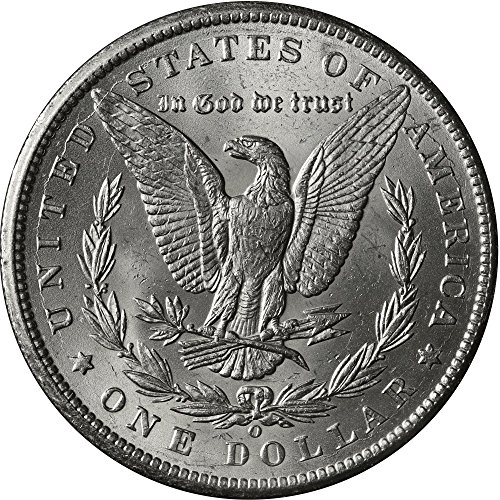 The Grading System For The 1899 Silver Dollar