The 1934 10-dollar bill is an old one, many collectors like to have a previous century bill. However, there is a lot to know about it if you want to get one. Know everything as many different features and elements were introduced in a 1934 10-dollar bill.

Below we have discussed it in detail to give you a better overview of the bill. So make sure to read it!

The 1934 10-dollar bill comes in different variations. Different seals were also used on the bills to distinguish them. The federal reserve issues all the notes.

The 10 dollar bills were issued in 1934 with two different seals, green and blue—however, some notes with a star variety or Hawaii overprint.

The 10 dollar bills with a green seal, known as LGS, are worth more than the blue seal notes. For example, an LGS 1934 10-dollar bill can quickly go around the value at $20 to $35 in a perfectly fine condition. On the other hand, if the LGS bill is uncirculated, the price can be estimated at around $100 to $150 only with an MS 63 grade.

The Star notes of 1934 10 dollars are uncommon and difficult to find nowadays. In other words, they are scarce to find. 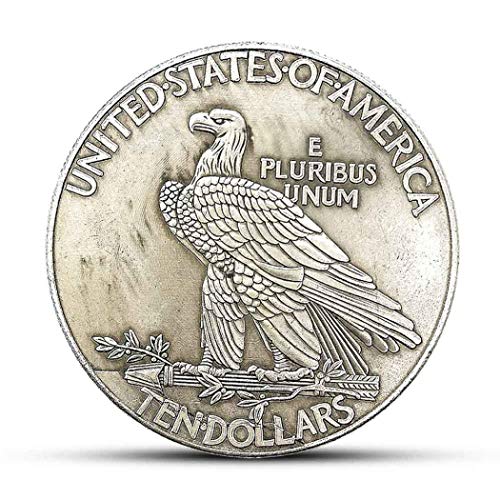 What Is The Difference Between A Regular 1934 10 Dollar Bill and A Star Note?

To differ between a standard bill and a star note is very easy and doesn’t require an expert to tell you. Instead, you need a close look and can quickly know if it is a star note or a standard one.

For a note, all you need is to look closely at the serial number. At the end of the serial number, a small star symbol would be printed. Yes, this is the only prominent feature on a 1934 10-dollar bill.

Bills of the B and C series are comparatively worth more than other bills.

Does The Number Of Serial Bills Also Affect The Value of The 1934 10 Dollar Bill?

Bills with low serial numbers and starting with six or seven zeros are sold with a premium. Some bills can have five zeros at the start as well, but they will be less premium.

The 1934 10 dollar Hawaii bills have brown seals and have Hawaii printed in big fonts on the reverse side. These notes were printed in small numbers and are rare to find. In MS 63 uncirculated condition, these bills can go up to $750.