The 1921 Walking Liberty Half Dollars have a mintage of 246,000. You have a very collectable coin, the 1921 half dollar value is higher than most other dates in the Walking Liberty series. They are 90% silver and were produced in the Philadelphia mint.

But the Denver and San Francisco mint also have variations. All three coins are valuable to collectors as there weren’t any 1922 Walking Liberties issued the following year.

The value of a Philadelphia 1921 half dollar in average circulated condition is $175, it can be worth up to $8,594 or more in Uncirculated (MS+) Mint Condition.

Look closely at your coin, if your coin is in better than average condition its value quickly climbs into the hundreds of dollars, and into the thousands. The coin’s condition plays a huge role in the value, as does the mint mark.

To be in good condition the rims of the coin are defined. The motto “IN GOD WE TRUST” is readable. An example of extremely fine would be almost all of Lady Liberty’s gown lines are visible.

A MS 60 uncirculated would show no signs of wear but there may be a few stains, abrasions, or surface marks. A MS 63 choice uncirculated may have some slight blemishes or contact marks but will largely be untouched. 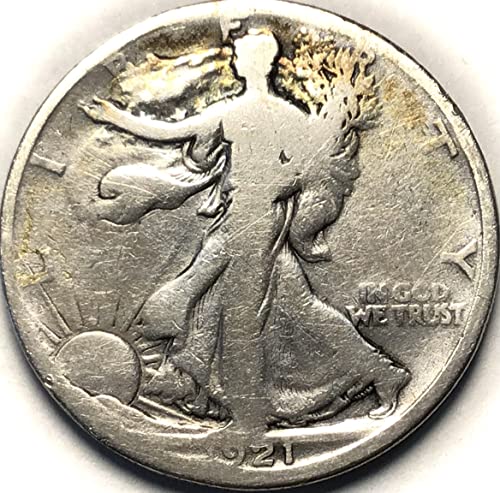 Find Out How Much Is a 1921 Nickel Worth 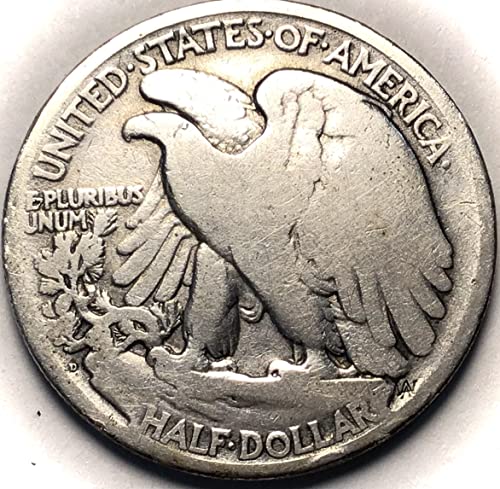 Where is the mint mark on a 1921 Walking Liberty Half Dollar?

The mint marks identify the facility, “S” for San Francisco, “D” is the mark of Denver and no mark for Philadelphia. The location of the small mint mark is on the reverse side of the coin on the lower left side.

It can be found along the rim tucked under the branches in front of the eagle. If there is no mint mark it would be the Philadelphia minted coin.

How much is a 1921 Alabama Half Dollar worth?

Interestingly, some of these coins were minted with a small 2X2 in the field behind Kilby’s neck. The X is actually part of the Alabama state emblem representing St. Andrew’s cross, and the 22 commemorates Alabama as the 22nd state to enter the Union. This small detail can add $50 to your coins value.

How much is the 1921 Pilgrim Half Dollar worth?

well preserved is $115 and fully uncirculated is $200. The Pilgrim commemorative half dollars were struck for two years, 1920 and 1921.