Other than old, previous century US currency coins, the Centenario coin is one of the most favorite coins for collectors to have. However, it may be a bit difficult to find one in mint condition. The Centenario coin can go as low as $2,400, and then the value depends mainly on the condition of the coin you are looking at.

How Much Is A Centenario Coin Worth?

The Centenario is one of the most significant coins in the history of Mexico. With a face value of 50 Pesos, the Centenario coin now has around $2,600 in the open market. However, since it is difficult to find, it is mainly sold at online auctions, which boosts the price.

Therefore, it all depends on the coin’s condition and demand. The demand for such valuable and significant coins has always been rising. Other than its collectible value, many people invest in Centenario.

However, not many are aware of the Centenario coin; if you are one of them, keep reading to know more. 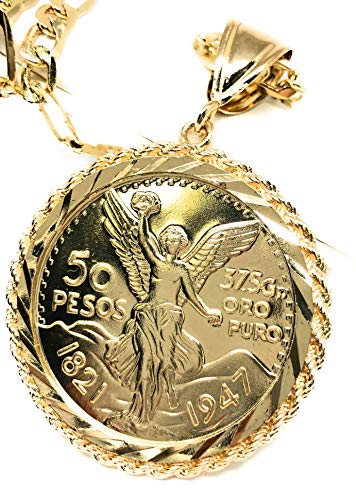 What Is A Centenario Coin?

What Is Centenario Coin Made Up Of?

Besides its significance, the Centenario coin is popular due to its material. It is made up of gold and copper, which is why it also has a high melt value. No country produces its gold coins, but Mexico did it to highlight the significant moment of 100 years of independence.

What Is The Metal Composition of Centenario Coin?

There is a slight difference in information between the material of the coin and the content of it you can find in the coin, for people who are now thinking of getting this coin, the metal composition matters.

The metal composition of the 50 pesos Centenario coin is 90% gold and just 10% of copper. The use of gold in such a huge quantity is why the coin has such a bright gold color and shine throughout.

In addition, the gold weight of the Centenario coin is 1.2057 troy ounces.

The Centenario coin is very interesting and filled with various designs and symbols. For example, on the obverse side of the coin, you can see the winged victory representing the victory of independence.

In addition, you can see the winged victory symbol holding broker chains in its left hand. On the right side of the portrait is “37.5 ORO PURO” inscribed. On the left side, the face value that is 50 pesos is inscribed.

However, on the reverse side of the Centenario coin, there is a Mexican coat of arms right in the center. In addition, a golden eagle perched on a cactus is visible with a serpent in its beak.

What Are The Specifications of The Centenario Coin?

The specifications of a coin feature valuable information about the make. The Centenario is around 2.69mm in thickness and 37.1mm in diameter. This would give you a good idea of the size of the coin.

Being aware of the specifications of a coin helps you understand the coin and check if it is original or not. Due to such high demand, you can see many replicas of this coin circulating the market.

Where Is Centenario Coin On Sale?

Getting a Centenario coin is one of the most difficult tasks. Due to its features and gold content, many people invest in it and keep it for the value to appreciate over time.

The best place to get the coin is a collectors market or a pawn shop. Through this, you can see the coin by yourself and check its condition of the coin by yourself. In addition, verifying the certificate of originality can also be done by you. Lastly, negotiating and getting the best deal is the best reason why you should go for physical markets.

However, do check trusted online sites as well. Many of them sell the Centenario coin with time and hold auctions. You can bid and see if you are in luck to get the coin. eBay is one of the most popular online marketplaces where you can get the Centenario coin.

Be it from any place you get the coin from, make sure to check it is a genuine coin.