Robert Plot an English Naturalist is credited with discovering the first dinosaur bone in 1677. At the time, Robert Plot thought that he had discovered a giant human bone. It was in 1824, that another Englishman William Buckland rightfully identified a dinosaur fossil. These days’ dinosaur bones are worth a lot of money.

How Much Is A Dinosaur Bone Worth?

A dinosaur bone’s worth can range from anywhere from a few thousand dollars to millions of dollars. There is no definitive answer to what a specific dinosaur bone will be worth as there are different factors that can affect its value. 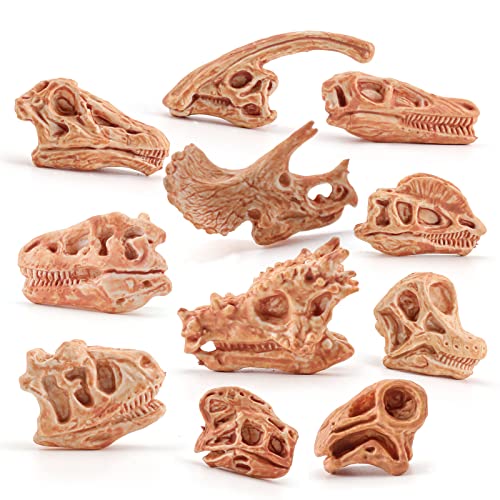 Can You Legally Own A Dinosaur Bone?

If you are a resident of United States of America, you can legally own and sell a dinosaur bone, given that it was either bought by you through proper channels or you found it on your property. Dinosaur bones found on federal property belongs to the government and you cannot take them with you.

What Are The Different Factors That May Affect The Value Of A Dinosaur Bone?

As with any other thing, there are several factors that can affect the total worth of a dinosaur bone. Its shape, its size, the condition, the type of bone, the species of the dinosaurs and many other factors.

Each factor needs to be brought under consideration when determining the value of a dinosaur bone. For example if you have a bone from the foot of a T-Rex then that may be worth more than the same bone from a different species. Another important factor that cannot be overlooked is the rarity of the bone. The more rare the bone the greater its value.

What Is The Rarest Dinosaur Bone?

The rarest dinosaur bone is that of the Oviraptor and its unhatched eggs. It is a cretaceous era dinosaur that resembles present day emu or ostrich. It was one of the rarest finds ever that has yet to be matched in the archeological world. No other similar fossils have been found.

Who Can Buy Dinosaur Bone From You?

From museums to pawnshops, there are many places where you can sell your dinosaur bone. Universities and research centers might also be interested in buying the dinosaur bone from you. You can also sell it to private collectors however if you the buyer is in another country then you might have to pay some extra fees or depending on the country of the buyer , you might not even be able to send the dinosaur bone to them.

How Much Can A Dinosaur Tooth Be Sold For?

Depending on the condition and the species of dinosaur, its teeth can go from somewhere around $20 to millions of dollars. It is very important to find the right auction and right buyer for such items.

How Much Did Stan The T-Rex Sold For?

How Much Are Dinosaur Eggs Worth?

Anything related to dinosaurs can fetch a lot of money. Even small unhatched dinosaur eggs can get you up to $1500 or more depending on their condition and species of dinosaur. Some collectors may be willing to pay your asking price for dinosaur eggs.

How Can You Get Dinosaur Bone Authenticated?

It is very important to get the dinosaur bone authenticated before you head out to sell it. To the inexperienced eyes, a dinosaur bone fossil may only look like a rock. So if you think you have discovered dinosaur bones but you are still confused about it then it is best to get your find authenticated by a paleontologist.

A professional and well respected paleontologist will be able to authenticate the dinosaur bone for you. They can also issue a certificate to you that you can use while putting the dinosaur bone up for auction.