A favorite pastime of all the 80s kids during their childhood was watching He-Man and the Masters of the Universe episodes. He-Man was from Eternia, and he was using his powers to defend his universe from Skeletor and his evil henchmen. This champion used to be the hero of many kids during that time.

How Much Is Original He-Man Action Figure Worth?

There are many online stores that will help you sell these figures. On the other hand, you can also contact other collectors and sell the action figure to them. If the condition is perfect, you will get a few thousand dollars for the action figure in no time.

That is why it is crucial to find the right buyer that will offer you a fair price for your original He-Man action figure. Once you do, you will get your money’s worth in no time. 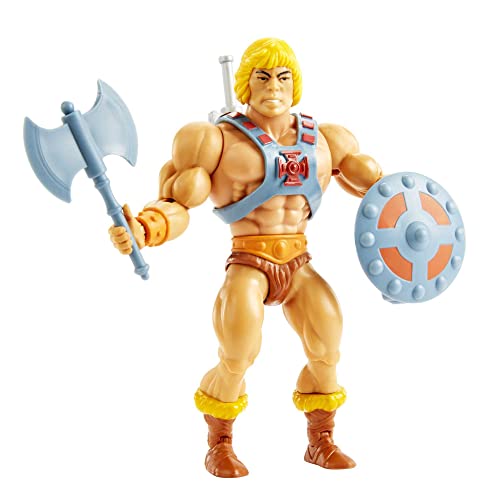 What is The Rarest He-Man Action Figure?

The rarest action figure from He-Man is the Grizzlor figure. During production, two slightly unique versions were produced. One version has a light brown face and the other one with a charcoal-colored mug.

Out of the two, the charcoal-colored mug is the rarest and will cost the collector more than $500. If you want to invest in a rare action figure, you can purchase this one. It will enhance your collection’s worth.

How Much Is The He-Man Castle Worth?

The worth of the He-Man castle depends on which one you have in your collection. For example, the Castle Grayskull with Box 1981 Motu Masters of the Universe He-Man Mattel Vintage is close to a thousand dollars. On the other hand, the same castle as the 1982 version will be close to $600.

Finally, the 1983 version was close to $800. That is why you can decide which one you want to sell or invest in. These castles easily sell for hundreds of dollars.

What Year Did He-Man Action Figures Come Out?

Mattel introduced He-Man in 1982, and he became a hit in no time. After four years, He-Man was one of the most popular superheroes during that time. The swords and sorcery toy line were already in production, and it crossed the four-hundred million-dollar mark during that time.

After that, the company also started producing action figures, and even they were a hit. Of course, you will not see He-Man action figures in production anymore. That is why the only place to buy them is through online stores and various collectors.

It is a generally accepted fact that the two characters are the same man. However, this was not stated explicitly anywhere until the Masters of the Universe Classics. That is why many fans feel confused if Skeletor is the uncle of He-Man.

As a result of the introduction of Keldor to the mythos, Skeletor is the uncle of He-Man. Of course, they are each other’s archnemesis, which adds to the depth of the story even further.

How Did He-Man End?

If you are having trouble remembering how He-Man ends, you are not the only one, as the show ended a long time ago. In the end, He-Man absorbs all the magic with his Sword of Power. Because of this, the sword divides into two and reverts him to his original form.

Such a transformation shocks Teela. However, doing this has a devastating effect as Skeletor and He-Main die in the explosion that results from this action. 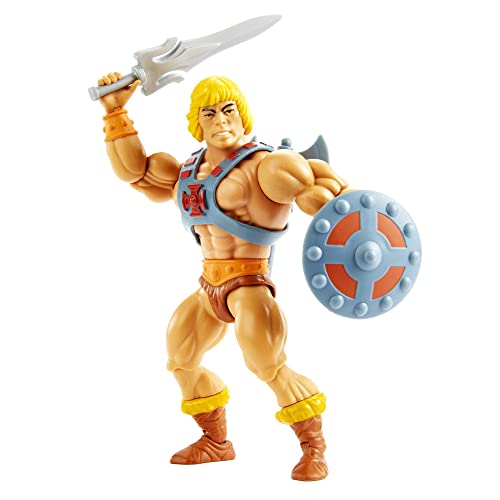 What Is The Character Profile Of He-Man?

Even characters have profiles according to their weight, height, and other factors. He-Man is a male, and the species is unknown. Besides that, he has a height of 2.1 meters, and he weighs more than 145kg.

You can see the rest of his appearance as he is a brawny yet muscly man. Because of this, he can easily fight anyone and defend himself and others.