Platinum rings are becoming increasingly popular these days. Gold is being replaced as the most common metal for rings. Many individuals, however, are still perplexed about how much one costs and how it compares to jewelry made of alternative materials. 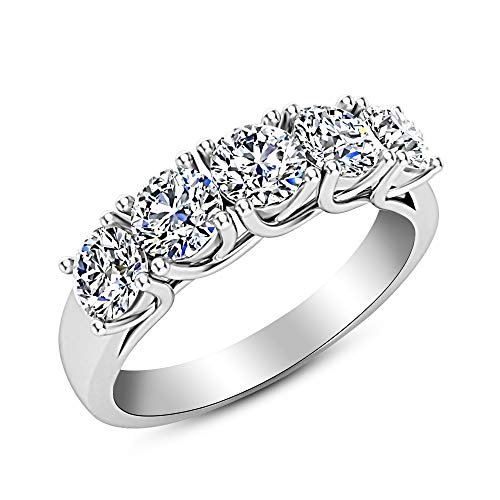 How Much Is a Platinum Ring Worth?

The higher-quality platinum components are more brilliant as well as far stronger. The high-grade platinum rings cost between $700 and $800 in the market.

How Much Is a Platinum Wedding Ring Worth? 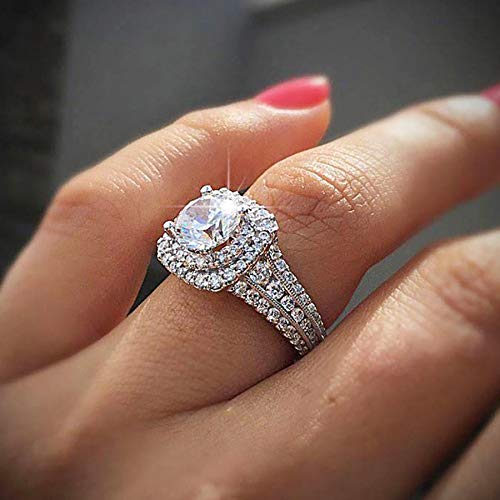 Platinum wedding rings generally start at around $2,000 and depending on the gem quality. Platinum rings are more costly than gold or any other metal of the same volume due to their scarcity.

How Much Is a Platinum Band Worth?

The cost difference for platinum wedding bands and white gold wedding bands or settings may be $500 to $1,000 or more for the same ring.

How Much Is a Platinum Ring Setting Worth? 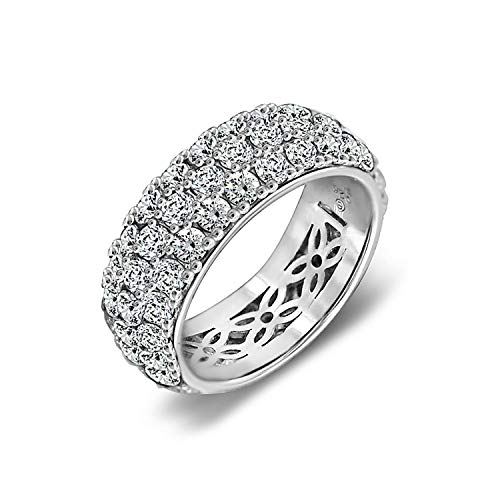 Platinum engagement ring settings range in price from around $300 for a basic solitaire to over $3,000 for a detailed vintage setting. The price varies depending on the ring design, quantity of platinum used, and the vendor you buy it from.

Platinum is a silvery-white precious metal known for its resistance to corrosion, hypoallergenic qualities, and weight. It’s a high-quality metal that requires more effort to produce, but it’s considered superior to white gold and sterling silver in terms of quality.

Determining the Price of a Platinum Ring

Before platinum became as popular as it is today, it was largely overlooked due to the gold rush. People were so focused on acquiring gold that they neglected this rarer element altogether.

Between the two, platinum is the rarer element, and as a result it is generally valued less than gold. Despite this, because platinum is more rare than gold, it is worth noting that the gap between the two has widened.

The similar pricing may be attributed to the much greater demand for gold in today’s market versus platinum.

However, this will most likely change in the future. Platinum is becoming more and more popular by the day, thanks to celebrities and trends like before.

So when the demand for platinum surpasses a certain limit where its limited supply may be expected to go higher than gold’s, the price for it will climb above that of gold.

Even at the current rates, platinum rings cost more than gold rings if you want to make a wedding ring. This is due to the fact that platinum is far denser than gold.

As a result, it will take significantly more platinum metal to produce a ring of equal size as it would need gold metal.

The purity of a Platinum Ring is another important element to consider. Platinum, in its pure form, is quite dense and robust. As a result, it becomes less malleable. To improve malleability, palladium or copper are used as alloy metals to make it more ductile.

The purity of platinum is established on a scale ranging from 850 to 999 (or 85 percent to 99 percent pure), as with gold. The purity level determines the cost of a platinum ring. When you buy the ring, you’ll see it marked with the purity level.

Should You Get a Platinum Ring?

There are several reasons to consider purchasing one. However, there are a few reasons not to do so.

Pros of Getting a Platinum Ring

Cons of Getting a Platinum Ring

Platinum rings are generally far more expensive than other rings available on the market. This is due to the fact that most platinum rings have a grade of at least 90%. Because platinum is a strong metal, this is feasible. 14k White gold, on the other hand, only contains 58.5% gold.

Platinum’s melting point is much higher than that of most ring metals. So, if you ever want to replace or repair your ring, platinum will cost more.