Nick Cannon is an American rapper, actor, comedian, director, screenwriter, film producer, entrepreneur, record producer, radio and television personality. There is no doubt that he is a tattoo fanatic, as his innovative body inks attest.

What Is the Meaning of Nick Cannon’s Neck Tattoo?

The body ink depicts a dove, a crucifixion scene, and two cherubs, all of which are said to represent his twin children with ex-wife Mariah Carey.

The tattoo is etched from his neck to his lower back includes a text that read, “Father, forgive them for they know not what they do.”

Cannon visited Inked NYC, where he had his neck and chest tattooed by Inked NYC’s own Maria Garza. Cannon invested over 30 hours on the chair, received a new tattoo, and endured much pain.

Nick Cannon has a huge tattoo on his arm of a frightening devilish figure clutching a dripping heart, which is done after his divorce. The back of his upper right arm is where it’s inked.

Also, Nick Cannon’s huge “Mariah” back tattoo was good news before. After divorcing his pop star wife, Mariah Carey, he went under the knife and replaced his relationship tattoo with Jesus’ picture. This is an elaborate Jesus on the cross with angel wings emerging from the end of the crucifixion.

Tattoo on the Neck Meaning 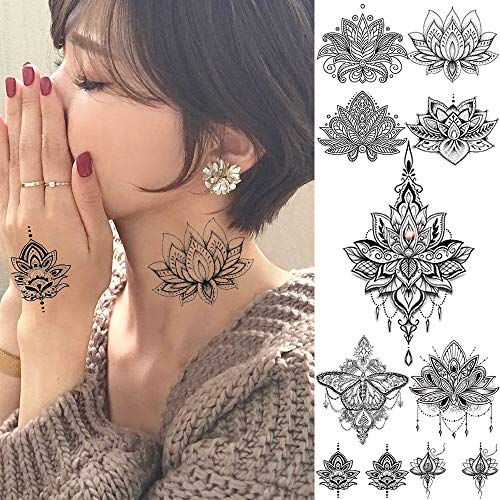 The most frequent meaning of a tattoo on the neck is that the person wearing it is daring or hazardous, and as a result, they frequently take risks. The logic behind this is that because the neck would usually be visible, such a tattoo would be difficult if not impossible to conceal.

Another factor contributing to this viewpoint is the discomfort that you would experience during a neck tattoo, owing to the numerous nerve endings and proximity of bones.

What Does a Neck Tattoo Say About You?

Depending on the design you choose for your neck tattoo, a lot will be determined by its significance, not the location itself.

If you believe in bravery behind a decision to get a tattoo on the front or side of the neck, it might be a sign of being brave and powerful for you. It is, however, one of several viewpoints.

Is It Dangerous to Get a Tattoo on Your Neck?

It’s not dangerous to get a tattoo on your neck; artists are working with the top layer of your skin and will never reach bones or spine. So there’s no need to be concerned.

The only issue is that tissues next to bones are close together, which causes greater discomfort because needles are working near them.

Is a Neck Tattoo a Good Idea? 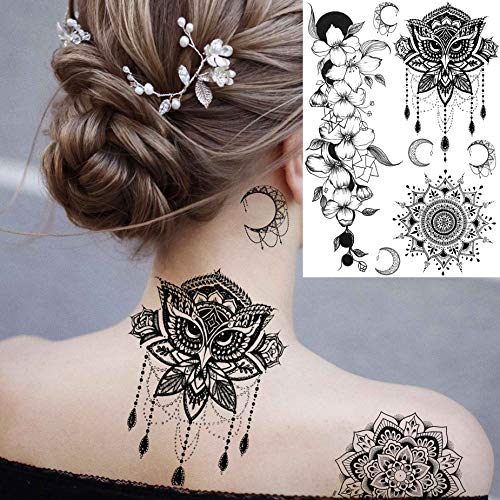 Your tattoo will be more visible if you have short or long hair, which would alter the chance of hiding it in the future, but your neck is rarely covered by clothing and is never hidden.

Some tattoo artists refuse to draw a neck tattoo on someone who does not already have several tattoos since they would want to protect the future person’s job by doing something like a neck tattoo, for example, as the first one to do it.

According to several reports and testimonies, the most painful tattoos are those that are placed around the neck or on the spine.

The reason is because those regions are extremely sensitive, bones are close to the skin, and needlework causes greater discomfort than elsewhere on the calf or thigh where you have more fat and muscle to dull the agony.

How Long Do Neck Tattoos Last?

Over time, tattoos fade on the neck and other areas of the body, such as fingers. This process may go faster on the neck because it is constantly moving and comes into contact with clothes.

The intensity of the original tattoo ink will stay for the first 6-8 months, and then it will gradually fade.

Can You Remove a Tattoo From the Neck?

It’s a lot easier to get a tattoo today than it has been in the past, and one of the major reasons for that is the existence of numerous options for fading tattoos, such as laser removal.

It is feasible to remove a tattoo from your neck, but the skin of the neck is so sensitive that fewer removal sessions at lower levels are required and must be done cautiously.