Quartz is one of the most common crystals out there, which might leave you with the following question: How much is quartz crystal actually worth?

Well, you may be pleasantly surprised!

Quartz in its raw form is worth around $0.01 per carat while cut quartz crystals bring in, on average, between $1-7 per carat.

Keep in mind that there are a variety of different quartz crystals such as amethyst, rose quartz, and clear quartz, so the value does differ from piece to piece.

If you’re like me and it interests you just to know how much each of the crystals, stones, gems, and minerals in your collection are worth – or you’re considering buying a piece of quartz crystal to add to your collection or selling a piece you currently own – then continue reading. 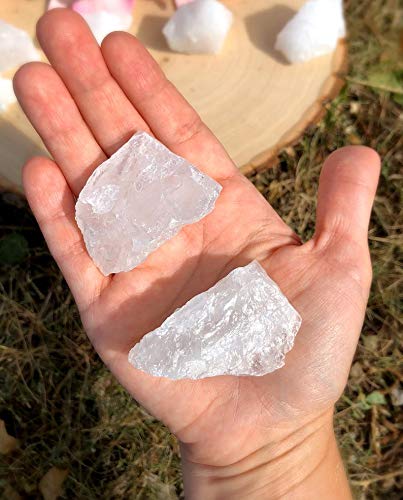 How Much is Quartz Crystal Worth?

The answer to this question is entirely dependent upon what type of quartz crystal we’re talking about and what sort of condition it’s in.

For instance, amethyst is one of, if not the most, highly valued quartz crystals and – when it’s in peak condition with minimal imperfections – can sell for between $7-15 per carat.

For reference, there are five carats in one gram.

The value of amethyst—or any quartz crystal—is radically reduced if it has cracks or chips.

In addition to its physical condition, other factors that tend to affect the value of quartz crystals are clarity, color, size, and how unique it is in comparison to other quartz crystals.

Once again, if we use amethyst as an example, a piece of amethyst that is dark and rich in color, large—or there are several pieces of amethyst in a single collection—and is shaped in such a way that emphasizes its features, typically sells for more than a small and faded chunk of amethyst that looks like every other piece on the market.

And these rules apply not only to amethyst, but pretty much any quartz crystal you can think of. 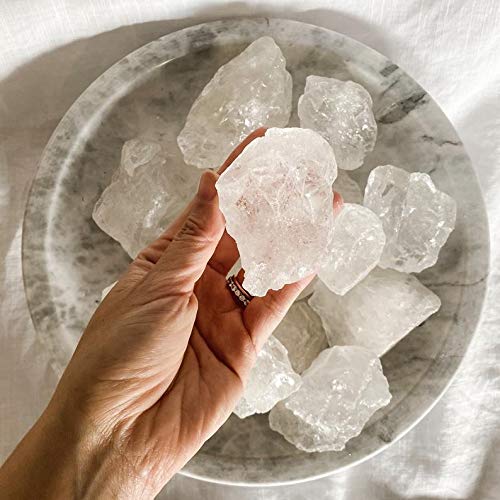 How Much is Clear Quartz Worth?

Unfortunately, or perhaps fortunately for you if you’re looking to purchase a piece, clear quartz is on the lower end when it comes to monetary value costing approximately $2 per carat.

The reason that clear quartz tends to go for so cheap is that it’s not a particularly unique or interesting shade of quartz crystal, especially in comparison to something like amethyst or pink quartz.

How Much is White Quartz Worth?

White quartz is worth about the same as clear quartz: $2 per carat.

However, if you happen to have white quartz with perfect clarity, even coloring, and no external damage, then it’s possible that you might be able to find a buyer willing to pay more for the quality. 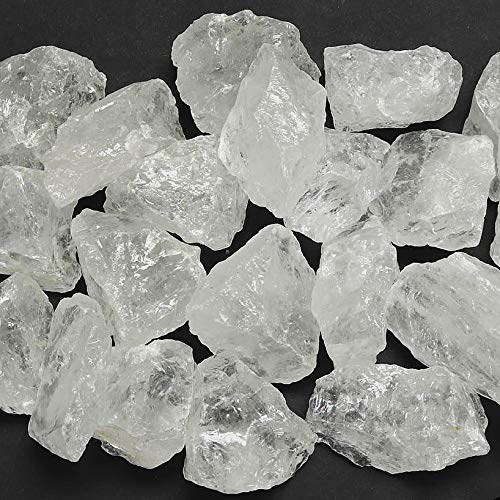 How Much is Milky Quartz Worth?

Milky quartz is a bit of a difficult one to price out, as it can sometimes be worth as little as $1 per carat or as much as $4 per carat.

It really just depends upon its condition.

Milky quartz is often priced on the lower end because it is just not as visually appealing as some of the other quartz crystals available.

Since it is milky quartz—the name says it all—it does not sit high on the clarity scale, which affects its worth.

How Much is Rose Quartz Worth?

Rose quartz sells for anywhere between $2-4 per carat.

And—with rose quartz—you’ll generally expect to pay more if it has a smooth and uniform color, since it is more desirable than uneven or blotchy coloring.

Where Can You Buy and Sell Quartz Crystal?

Although there are likely more places where you can buy, sell, and trade quartz crystals, the first two places that come to mind are local gem and crystal shops and online.

Your local gem and crystal shop is a great place to start. Any local shop I’ve encountered has knowledgeable staff—people who are passionate about collecting—and a wide variety of inventory.

If you do not have access to a local gem or crystal shop, then buying and selling quartz crystals online is another option.

If you’re going to shop online, a couple of the most well-known websites for buying and selling crystals are Amazon—of course, you can pretty much buy anything on there—and Etsy.

With Etsy, you tend to have more of a personal experience since you actually have the opportunity to talk to the person buying or selling quartz crystals, but either platform is great!