Tattoos aren’t a product of today’s world. Placing permanent ink on human skin in a variety of different designs is an activity that can be traced back thousands of years. It is also incredibly popular and is an art form that is practiced all over the world, that too, since the Neolithic time period.

There are different ways in which people use the art form of tattooing to express themselves. While some tattoos have deep meanings behind them, other tattoos might be a result of your spontaneity. So, there are tattoos that have a meaning behind them and others that can easily be taken at face value.

Apart from life and love, the King of Spades also represents a variety of other meanings, which include intellect and even death. It could also have an ominous connotation to its meaning, where the spade could represent a dark meaning in comparison to other suits, such as hearts and clubs. 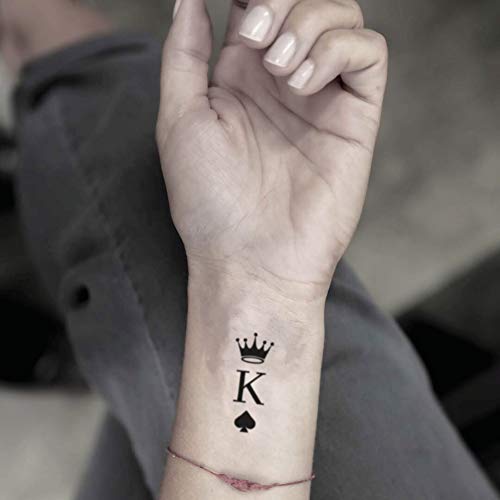 Can A Spade Be Used To Represent Good Luck?

While in French fortune telling, a spade can represent bad luck or even death, in America a spade can easily be used to represent good luck. This is due to the fact that during World War II, the 101st airborne division’s 506th parachute infantry had spades painted on their helmet’s side. Therefore, a spade in American culture can be used to represent good luck and even has positive connotations in certain card games.

What Is the Meaning Behind the King of Spades Card in Tarot Reading?

When it comes to tarot reading, the King of Spades means to live within the realm of infinite possibilities, where the recipient of the reading is usually told to strive towards self-mastery. So, you will be putting yourself in a position where you keep yourself open to surprises and solutions that lie beyond your immediate view.

What Is the Meaning Behind the King of Hearts Tattoo?

There are some who get this tattoo as a sign of their love as a way to express it to their significant other and just like the King of Spades tattoo, the King of Hearts tattoo can be the half of a couple’s matching tattoo. The meaning could also be something as simple as showing one’s love towards card games. All in all, the King of Hearts tattoo is one that has romantic connotations towards a person, an activity, or even a material object.

What Is the Meaning Behind a Black Ace of Spades Tattoo?

The ace of spades is known to be the highest possible playing card during any card game. Therefore, when in tattoo form, the meaning behind the tattoo aligns with this concept. In fact, the ace of spades, in black of course, has been used as a symbol of luck for centuries at this point. In today’s day, the meaning isn’t far off. So, the meaning behind a black Ace of Spades tattoo could be anywhere from the expression of wealth to power. However, just like the King of Spades tattoo, it can also mean something as ominous as death.