The primary consideration that you may have made regarding your engagement ring in the past is which type of diamond you want.

However, these days, there are numerous individuals who aren’t even thinking about a diamond as an engagement ring and are instead looking at alternative options like moissanite or morganite.

Morganite vs Moissanite: What’s the Difference?

Morganite was typically a peachy pink or lavender color, whereas moissanite was usually a different shade of pink.

Morganite is a natural stone, whereas moissanite is man-made. The color of morganite may be left untreated, but fancy-colored moissanite is always treated.

Pink beryl is the name given to a dark colored stone that isn’t regarded morganite. Many people, nevertheless, search for morganite stones in black. The color tone of morganite reaches its peak at a 3. 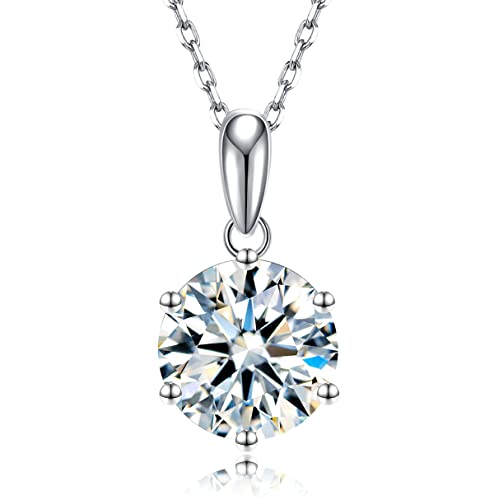 In 1893, Dr. Henri Moissan was examining a meteorite in Arizona when he discovered a small, new mineral. It was named after him as moissanite because of his discovery. Because the natural mineral is so rare, modern moissanite for jewelry is produced in the laboratory.

It was said to have been produced from a meteorite’s fragments. It wasn’t until around 1995 that the jewelry industry recognized the potential of bigger moissanite crystals as fine jewelry.

Chee had invented single moissanite crystals. They partnered with a jewelry retailer named Charles & Colvard to create the first manufactured moissanite gemstone by combining their knowledge with that of an expert.

Although moissanite engagement rings began production in the United States, it is now made all over the world.

In many ways, moissanite is comparable to diamond. It’s a transparent and nearly colorless substance that may have yellow or brown tints, similar to less-grade diamonds. Moissanite gems are also quite hard, if not as hard as diamonds.

A moissanite is a simulant of a diamond. The most well-known purpose of moissanite stones is as diamond counterfeits. The majority of moissanites are colorless. Colorless moissanites can, however, be treated to create colored moissanites by bringing them in contact with light.

It’s difficult to find natural moissanite. You should suppose that all moissanite rings on the market are laboratory produced moissanite. 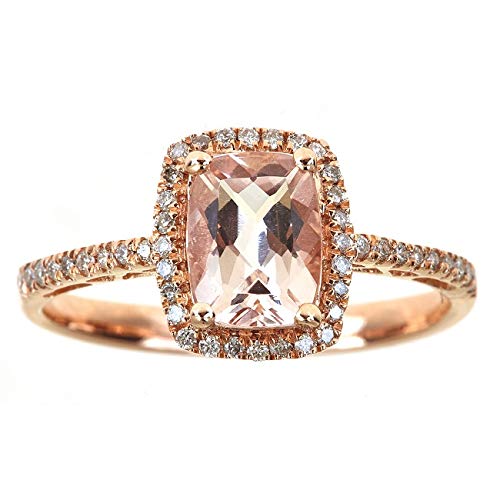 It was discovered in Madagascar in 1910. The first people to utilize the pink stone were Tiffany & Co, who introduced it to the market in 1922.

For individuals looking for something natural, Morganite is a naturally mined stone that has an edge over moissanite due to its origins. In that respect, it resembles a diamond, but the look is rather different.

The “pink diamond,” as morganite is known by many, is a pink-hued variety of beryl that occurs in crystal and gem shapes. Because of its pinkish tone, morganite can be an excellent choice for white gold or rose gold banded non-traditional bespoke engagement rings.

The symbolism behind the morganite gemstone is also popular among consumers. The stone of divine love and emotional healing, Morganite, is said to aid in the release of heartbreak and the transformation of sadness into wisdom.

Beryl, a variety of which is known as morganite, is the mineral in this stone. It’s less costly than diamond but nevertheless looks beautiful and distinctive.

Morganite is somewhat widespread, having been discovered in Afghanistan, China, Mozambique, Namibia, Russia, the United States, and Zimbabwe.

Beryl crystals come in a variety of colors, including peach-to-pink beryl. Beryl crystals are similar in size to other beryl varieties. A bigger morganite stone may cost less than a smaller morganite gemstone. The value begins to plummet at around 20 carats.

The finest gemstones are produced in Brazil. These are the most powerful salmon to pink-hued morganites. Natural morganite is plentiful, although lab-grown, simulated, and heat-treated versions exist as well.

A single carat untreated natural morganite might cost hundreds of dollars. The typical price range for morganite stones is $100 to $200 per carat. Synthetic morganite gems can be obtained for as little as $100 per carat.

A one-carat colorless moissanite is more expensive than a morganite of the same size. Moissanite is measured based on how similar it appears to a genuine diamond. A super premium moissanite might cost anywhere from $500 to $600 per carat.

Pink moissanite rings can be purchased for less than $100 per carat, but the carat weight increases with each additional carat.