The ruby is a lovely alternative to the diamond for an engagement ring, as it is the birthstone for those born in July. This stunning crimson gemstone has been adored by people for centuries and is highly valued by royalty.

What does a ruby engagement ring signify? We go into further detail about it in our post. 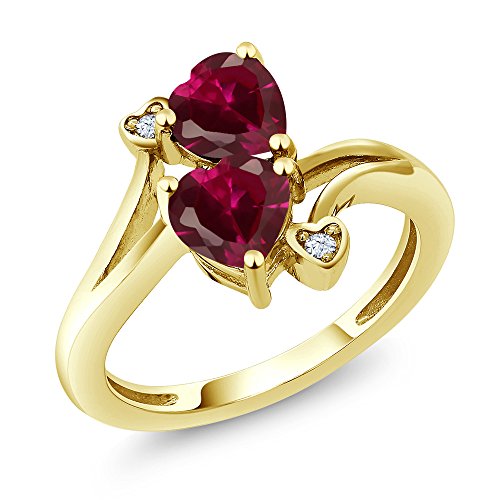 What Does a Ruby Engagement Ring Mean?

Rubies are regarded to represent a variety of things. Some people think they’re a physical representation of passionate, enduring love.

Many females throughout history have been characterized as being extremely enthusiastic women with a flair for drama and action. The ruby is the ideal gemstone for a fearless and gorgeous bride.

Rubies are said to be fire that has been hardened, and they are believed to have the ability to kindle a heart’s desire as well as reconcile couples who may be at odds.

Rubies have been connected with love and romance since the dawn of time. They are believed to be mystical gems that collect and amplify light and energy, bringing a sense of well-being to the person wearing it. 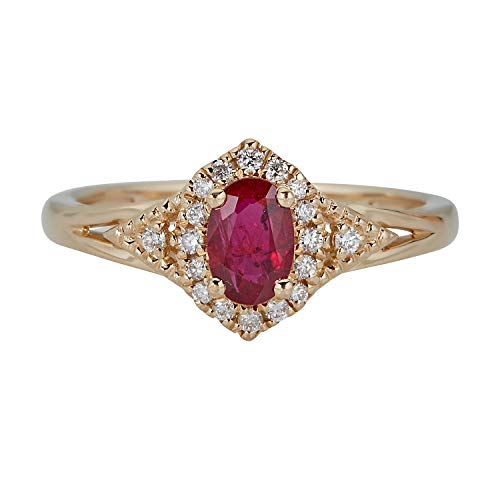 When lovers quarrel, rubies are said to become darker in color, although this is merely ruby folklore.

Rubies are said to be linked to the sun’s energy, and wearers will have a surge of new passion, energy, and vitality. This same power is also supposed to revitalize the heart chakra, purify the blood and body, and assist in emotional and physical balance.

Rubies have been used for physical healing and, in powdered form, were utilized during the 13th century to cure liver ailments.

Rubies are also believed to emanate sexual energy, increasing lust and encouraging intimacy. One more incentive they have with couples about to get married!

Rubies are associated with warmth, humanity’s existence in the world, love, trust, faithfulness, integrity, happiness, bravery, vitality, truth, and uniqueness. Some people refer to the ruby as the “Stone of Nobility.” The ruby is also known as the “King of Gems.” 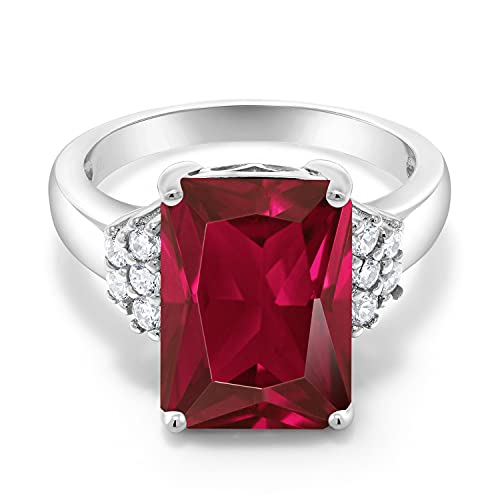 Rubies, or rubies, are a color that comes from the Latin term “Ruben,” which means “red.” Rubies are actually red sapphires from the Corundum family, one of the eight gemstones.

In reality, a ruby is any color other than red, and it isn’t called a ruby anymore; it’s called a sapphire. A sapphire must be between orange-red and purple-red to be called a ruby.

The border between a ruby and a sapphire is determined by the color pink.

Rubies are quite hard and durable, similar to diamonds. With no cleavage, they have a Mohs hardness of 9.0, just shy of the same level of hardness as a diamond.

Their durability makes keeping them clean a cinch. They’re less prone to harm and are therefore easier to keep clean. If they’ve had bad modifications, though, their stability may have been harmed.

History of the Ruby

The first diamond engagement ring was presented to Mary of Burgundy in 1477 by Archduke Maximillian of Austria, according to history. For ages, they were extremely hard to come by and prized due to their scarcity.

Over time, miners discovered even more diamonds in African mines, and diamond rings became the go-to engagement ring accessory in the United States during the 1930s.

In the midst of the Great Depression, diamonds retained their popularity and value, making them a fantastic financial investment during tough times as well as treasured family heirlooms to be handed down through the generations.

To make engagement rings more affordable, they began using rubies as the main stones and tiny diamonds as the side stones, which is still a popular design today, especially for those on a budget.

Value of a Ruby

To get the most out of the stone, you’ll need a skilled and accurate cut to ensure that it is worth its best. While synthetic rubies in a variety of sizes are available, you won’t find a natural ruby larger than 3 carats very often.

Rubies are highly valued in Asian civilizations. Rubies are quite popular in India, signifying great power. Many Indian royalty wear rubies as a sign of their status and offer rubies to honor gods as gifts.

Rubies are said to be the perfect stones for a king. According to them, if you bring rubies to Krishna in your next life, you will be reborn as an Emperor.