Garnets are one of the most well-known red gems, coming after rubies. Garnets also have a significant meaning on their own as the main stone in an engagement ring.

Garnet is no exception. All gemstones were thought to provide various forms of protection or bring luck, and garnet is no different. So, what does a garnet engagement ring signify? 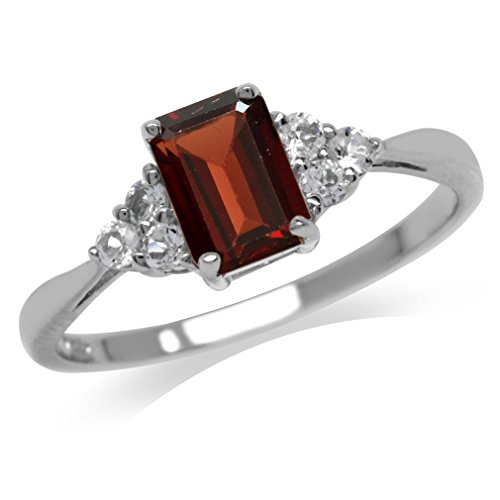 What Does a Garnet Engagement Ring Mean?

The garnet engagement ring represents love, passion, energy, lifelong friendship, and protection. As a result of this, your marriage will be durable and you will devote yourself to defending one another because garnets channel the power and vitality of fire.

A garnet engagement ring also contains the promise that you and your partner will have a friendship at its foundation, and that you will always be able to safely return to one another.

Garnets were believed to be associated with pomegranates by the ancient Greeks, and Hecate, the famed daughter of Zeus who was kidnapped by Hades. However, she always made it back home safely. 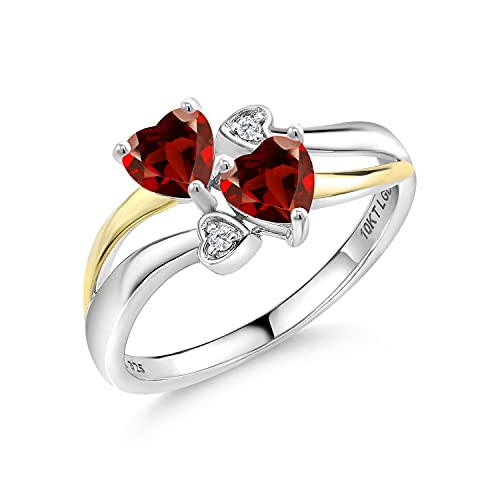 Are Garnets Good for Engagement Rings?

Yes, garnets are an excellent choice for engagement rings if they’re set in a secure location such as a bezel, pave, or channel. Alternatively, you may use at least 4 prongs, although 6 would provide better protection.

Garnets are a family of rock-forming minerals that are responsible for the creation of valuable gemstones in a range of colors. They come from many species, but they all have the same crystal structure and chemical composition.

Garnets are found in metamorphic, igneous, and sedimentary rocks all over the world.

The name “garnet” comes from the Latin term granatum, which means “pomegranate.”

Garnet is one of the most popular colored gemstones, and both pomegranate seeds and garnets are red in hue. Garnets are found all around the world, although the greatest deposits are in the United States, Brazil, Sri Lanka, and India. 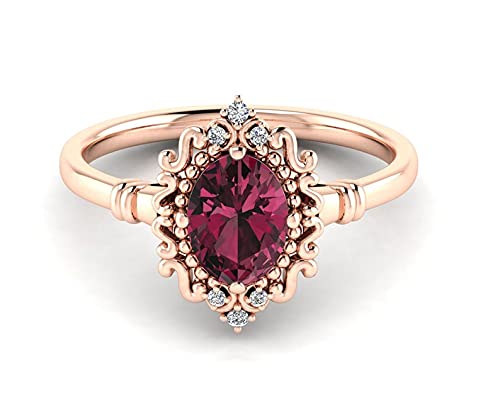 Garnets are reasonably priced, with a 2 carat red (almandine) garnet costing around $43 on Gempundit. This gemstone is an oval cut without any indications of heat treatment or other treatments.

Garnet may also be produced in various other colors, although red is most common. There are a few more expensive alternatives to garnet, which are usually quite transparent and have an amazing crimson color.

The red ones are the most valuable, but garnets are significantly easier to obtain than rubies of comparable hue.

Inclusions that dull the gem’s brightness and clarity will always reduce the value. A less-than-perfect hue, as well as poor craftsmanship in the cut, will also lower the price.

Can You Wear Garnet Every Day?

Because garnets are a soft stone, they are susceptible to scratching and chipping when worn every day. Garnets have a Mohs scale of 6.5-7.6, whereas diamonds have a 10 on the hardness scale.

Every day, you should wear only stones that score at least 7 on the Mohs scale; however, this simply indicates they won’t readily break but they will scratch. If you were to wear your garnet engagement ring every day, it would dull in a few years as a result of daily use.

What to Know When Buying Garnet Gems?

If you decide to purchase a garnet gemstone for your engagement ring, there are a few things you should consider first. Here’s what to keep in mind when shopping for garnets.

Garnet has a unique place in your life if you or someone important to you was born in January, or if you’re planning to propose or marry in January.

This stone is not only going to bring you the best in your marriage, but it will do so ten times over because it’s the birthstone for January.

Because garnets are typically red, a red garnet stone on an engagement ring for a Capricorn or Aquarius in January would look fantastic.

Depending on where you buy your garnet, you’ll need to know the name of each color.

A green garnet that is not identified as “green garnet” may be labeled as uvarovite (bright pure green), grossular (yellow-green), or andradite (grey-brown-green).

Red is the brightest of the garnet variants, they are pyrope (warm, yellowish red) and pinkish-purple almandine (red).

Caring for your Garnet Jewelry

Simply clean your garnet with warm soapy water and a gentle brush. After cleaning, be sure to rinse the stone thoroughly.

For any other garnets, aside from demantoid, you may use an ultrasonic machine.

Do not steam clean your garnet. Like other gems, your garnet should be handled with care and protected from sharp blows, extreme heat, and chemicals.