For centuries gold has been regarded as one of the most precious elements. Its characteristic yellow color and lustrous appearance have attracted many eyes for millennia.

While it is extensively used by the elite to exude power, a multitude of other reasons have given it an important place in society. From jewelry and coins to trophies and medals, it has been in use frequently to make highly prized possessions.

Moreover, it is considered the metal of choice when manufacturing high-quality machinery and instruments. It is due to its highly resistant nature towards the degradative processes of rust and corrosion.

What Is The Measure For Determining The Purity Of Gold?

Unlike other metals like copper, silver, and iron: it hardly mixes with other nonmetallic elements. Gold is generally extracted in pure form. There are different criteria for evaluating the level of purity for gold.

For instance, native gold also known as pure gold is one of the softest and most malleable of all metals. Looking for such traits could be difficult and time-consuming if you lack both knowledge and patience.

A more precise and accurate evaluating system has been developed, called the karat system. This system is internationally accepted however is commonly confused with the carat system – a measure for evaluating diamonds and other precious stones.

The karat scale is, denoted as k, K, or Kt and ranges from 0 to 24. According to the Karat scale, the purity of the gold increases as the number of karats increases. So, 24K gold is the purest of all with zero levels of impurities in it. 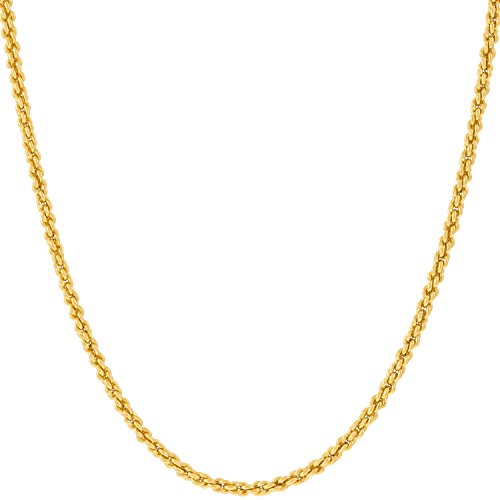 Is the Standard of Purity of Gold Same Throughout the World?

The criteria of purity vary from country to country. For instance, in the United States, the minimum standard of purity is somewhere around 10K. While the standard further lowers to about 9K in European countries.

How to Find out If the Gold You’re Wearing Is Authentic?

Hundreds of people are in the business of jewelry making. They use technical terms when briefly describing a piece of jewelry. Such terms may easily confuse an ordinary individual having no idea about the karat system and the rest. The question here arises, how should one know whether his piece of gold is authentic?

To check for authenticity, one should look for the hallmarks that are engraved on the inner side. For instance, for 21k gold, look for either 21k or 875 inscribed on the gold piece.

The percent purity of this gold is somewhere around 87.5% consisting of 21 parts of pure gold and three parts of other metals. Although 21k gold is more durable than other high-grade versions, it still cannot hold the weight of heavy gemstones. While eastern countries are making wedding rings out of this gold, the west is using it to manufacture different watch parts.

Where Does 21K Gold Stand Internationally?

The frequent buyers of 21k gold originate typically from Asian countries like India. The gold is also known as “Arabian Gold” due to its high demand in the Arab states. Since every individual cannot afford to purchase gold jewelry of high karatage, they usually go for 21k gold. It may not be as pure as 24k gold however, it still contains 21 parts of pure gold in it. This is why the majority of jewelry makers in the world sell it at a good price.

What Are The Different Forms Of Gold?

It is 99.99% pure with little to no traces of any other element. It costs a fortune as it is the highest form of gold. It is typically used in the manufacture of coins, machinery, and the rest.

Although it is less pure than 24K gold, it still is extremely expensive. In this form of gold 23 parts of pure gold are combined with one part of other elements. The presence of alloys makes it less pliable than 24K gold which is why it is suitable for making jewelry.

This type of gold contains 22 parts of pure gold and two parts of other metals like iron, zinc, etc. the gold is less expensive than 23k and 24k variants. It is extensively used by Asian goldsmiths in jewelry making.