Rose Quartz is the representation of love in its most pure form, and it promotes self-love and forgiveness. It’s warming and relaxing since it’s a heart chakra stone. The lovely hue of the crystal fading into white, on the other hand, is not unusual.

However, ever since people began using it, it has also been the subject of many misconceptions and incorrect ideas. The majority of these misconceptions are concerned with the stone’s fading color. Continue reading to learn more about this fascinating topic.

Why does rose quartz turn white?

It is believed that there is a lot of bad chakra near your heart when rose quartz becomes white. The negative bottled-up energy requires a lot of effort to release. It is generally kept near the heart and is said to be able to detect the heart chakra.

Rose quartz, also known as the “heart stone,” is regarded as a strong stone due to its therapeutic properties. It is said to bring emotional, physical, and spiritual balance to your house and life. It’s available in a variety of hues, from extremely pale pink to rosy pink.

Rose quartz is thought to be an aphrodisiac, as it strengthens personal relationships, prevents conflicts, dissipates negative energy, and provides a good night’s sleep. 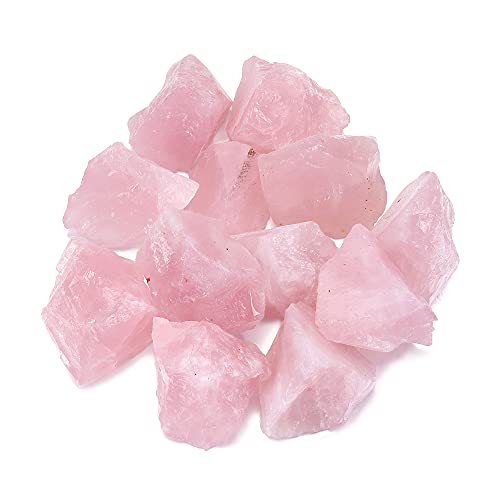 What is rose quartz?

Rose Quartz is a pink form of quartz and the meaning of it is love and compassion.

It is translucent and has a pale pink hue, as well as a translucency. It also has a hexagonal crystal system and belongs to the quartz mineral family.

Can rose quartz be naturally white?

Another reason is, if you acquired a second-hand crystal, it might be white. Natural oils and sweat from human skin can alter the color of crystals.

White quartz has never been worn and it is impossible for pure rose quartz to be white. You probably have a different crystal if it is.

Due to the wide range of hues available, pale pink rose quartz may be mistaken for white on occasion.

Why is rose quartz changing color?

Rose Quartz may also become white as a consequence of absorbing natural oils in human skin. The stones acquire a whitened appearance as a result of this.

Rose quartz, like most other minerals, changes color when subjected to higher temperatures. It also changes color if being exposed to sunshine as a precursor. Sunlight is more than meets the eye; it’s made up of high-energy photons, ultraviolet rays, infrared rays, and so on.

Photons are tiny, high-energy packages from the sun. And whenever a photon hits something, it conveys energy. When photons strike your rose quartz, they remove some color from the stone in the same way that sunlight does. If you leave your rose quartz in direct sunlight for an extended period of time, it may begin to fade and/or lose color.

When quartz is subjected to heat, it can turn grey or white. It’s most common in the presence of strong heat or long-term exposure to fairly high temperatures.

In either case, rose quartz is known to fade in color. Heat typically causes the molecules to rearrange, which results in a change in the light’s color. As a result, you’ll get a different hue.