It may not have a significant face value but it can still be sold for a good amount of money because of its rarity and historical value. 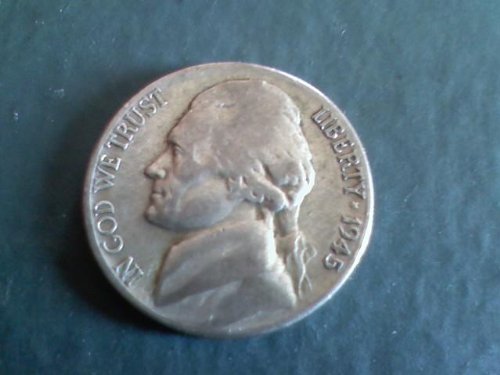 The 1945-D (“D” represents Denver Mint) and the 1945-S (“S” represents San Francisco Mint) both have the same value as that of the 1945-P nickel. However, based on the coin’s condition, the value may fluctuate.

The 1945 nickels could be worth thousands of dollars. Their value, however, keeps on fluctuating depending on the market.

Also, the coin’s value greatly depends on its condition and the presence of any damages. Although the coin’s face value is five-cent, today, it’s worth is way more than that.

Based on the type of mintmarks, the 1945 nickel is of three types, and each type has a different value. 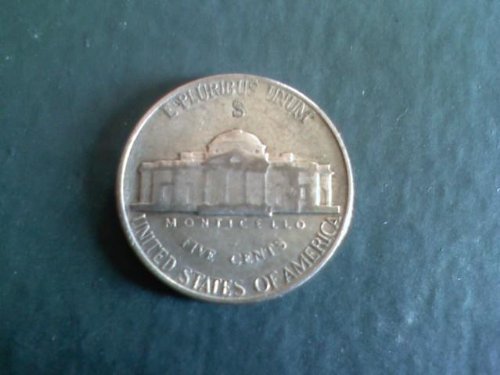 The 1945 Nickel is the seventh version of the Jefferson Nickel design that replaced the Buffalo Nickel in 1938. The coin was designed by Felix Schlag.

The 1945 edition of this 5-cent nickel is the last version that contained silver instead of nickel to conserve metal for the war. It features the face of Thomas Jefferson, the third president of the United States.

The other side of the nickel has a picture of Monticello House, built by Jefferson himself. Also, on the front of the coin, there is a motto that reads “In God We Trust”.

On the back side of the coin, you can see the denomination of the nickel “Five Cent” along with the mintmark and country’s name.

Looking for the value of other coins from 1945? Read more of our guides:

Double Die Error on the 1945 Nickel

Some of the 1945 Nickels minted at Philadelphia have a double die error on the reverse side of the coin. The denomination “Five Cents” and “Monticello” written on the backside have a distinct doubling of the letters.

This error gives a big boost to the coin and such coins can be sold for around $900.

What Is the Composition of A 1945 Jefferson Nickel?

The previous versions of this nickel comprised 75% copper and 25% nickel, but it changed when the Second World War broke out. As nickel became an important war material, its use in making this coin had to be restricted, and the Mints had to create a new composition.

These plain-edged coins were then made of an alloy combination of 35% silver, 56% copper, and 9% manganese. In addition, each coin has a diameter of 21.2mm and a mass of about five grams.

The presence of silver in them makes these nickels valuable. After the war, these nickels were struck with large mint marks, which is why they are referred to as war nickels.

It is also one of the major reasons why the 1945 nickel is so hard to get. 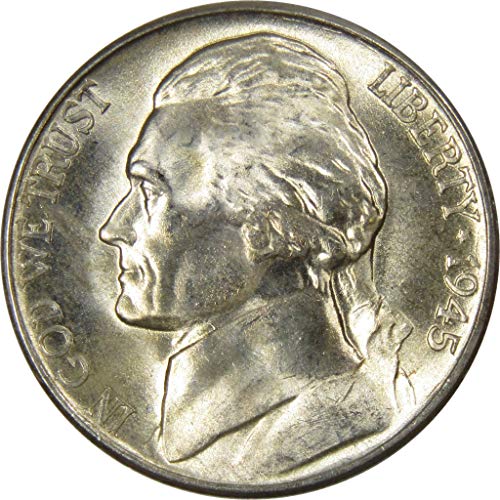 Coins that are in pristine condition are typically more preferred by numismatists. However, for coins that have been around as long as a 1945 Jefferson Nickel, the overall condition greatly influences their value.

So, there are different criteria for grading or evaluating such pieces.