A lot of coins in the history of the United States have President George Washington’s face on them, making it a far common sight.

However, the 1949 Half Dollar has America’s Founding Father Benjamin Franklin’s face on it, thus becoming a rare collectors’ choice because of its rarity.

The reason for its rarity is that the Franklin Silver coin was made between 1948 to 1963, hence making it a limited edition and a collector’s choice. 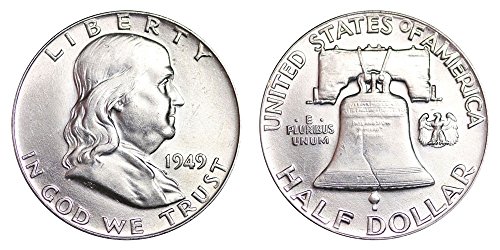 The 1949 Half Dollar is worth $14 if found in very fine condition with little wear and tear or bumps and bruises. In excellent condition, it can go up to $19, with the uncirculated coin going up to $40.

That is an amazing price range that allows collectors and buyers to get this rare coin at an amazing rate. The worth of the 1949 Half Dollar depends on the coin’s outlook, based on how it is graded and the mintmark.

Therefore, the price decided is based on its condition, state, and outlook.

Looking for the value of other coins from 1949? Read more of our guides:

What are the Grading Criteria of the 1949 Half Dollar? 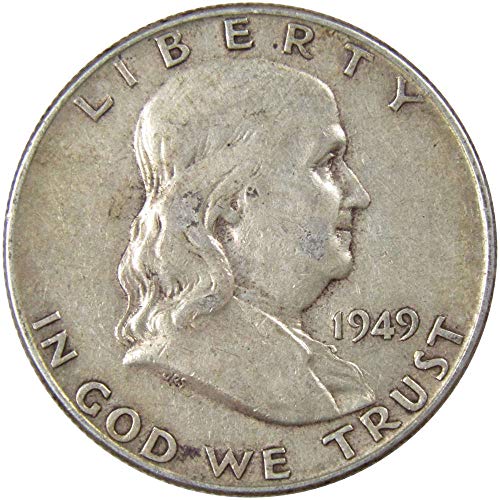 If you are fond of collecting rare US coins, then there are certain grading criteria that you need to follow. For most coins, the grading criteria are almost the same but let’s focus more on the 1949 Half Dollar and what makes it valuable enough to be bought or collected.

Four grading criteria of the 1949 Half Dollar coin need to be focused on when someone is trying to sell their rare coin or buy one to add to their collection.

Where is the Mintmark on the 1949 Half Dollar?

Let’s talk about a coin being mintmarked. A mintmark is a small alphabet logo found on the coin’s obverse side. Almost all coins have either a “D” for Denver or an “S” for San Francisco, showing that they were made in those cities.

The ones made in Philadelphia have no mintmark. 1949 (D) Half Dollar has the highest price range and is considered the most valuable.

What Are the Specific Features of a 1949 Half Dollar? 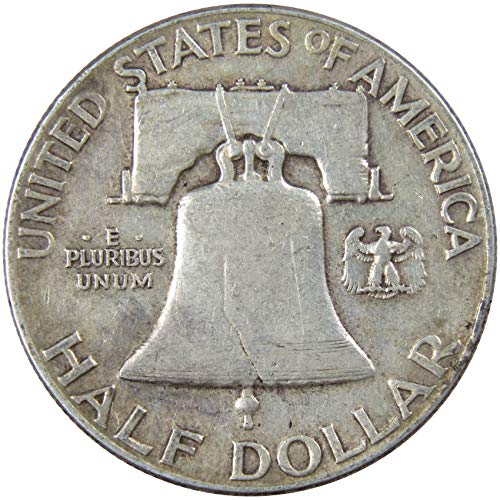 The features of the 1949 half dollar are the things that make this coin so special. One of the special things about this coin is that it is a Benjamin Franklin half dollar.

One reason it is sought after by collectors is that it is amongst the last US coins, with the silver percentage of the coin being 90%. You can find the mint mark on the 1949 Half Dollar coin on top of the liberty bell.