For individuals looking for an unusual gemstone with a distinct flair, an opal engagement ring is an individual yet elegant alternative. Anyone who has witnessed the stone’s cosmic hues on a shinning, iridescent opal understands how mesmerizing they are.

Opal engagement rings, which are ethereal and unique, have lately become a favorite among bohemian-leaning brides who seek for a dreamy alternative to diamonds. 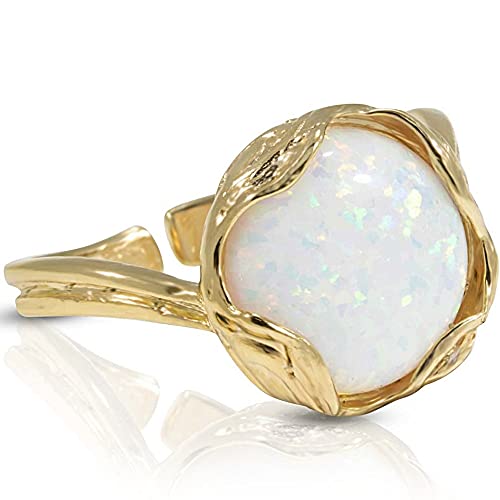 What Does an Opal Engagement Ring Mean?

The opal’s colorful history won’t let you down if you’re looking for significance in an engagement ring stone. Opals have been steeped in intrigue since the middle ages due to their magical radiance.

Opals have been associated with a variety of superstitions and meanings, including bad luck, being worn as a talisman to protect against malevolent spirits. Roman emperors offered their spouses opal as a gift for good fortune, believing it to be the most precious and powerful gemstone.

The term’s connotation of romance has remained contemporary. Opals are now believed to increase creativity and represent loyalty.

Opals are a beautiful representation of your relationship’s distinctive spark and fire, and their non-reproducibility is an advantage for individuals searching for a one-of-a-kind ring.

What Is an Opal? 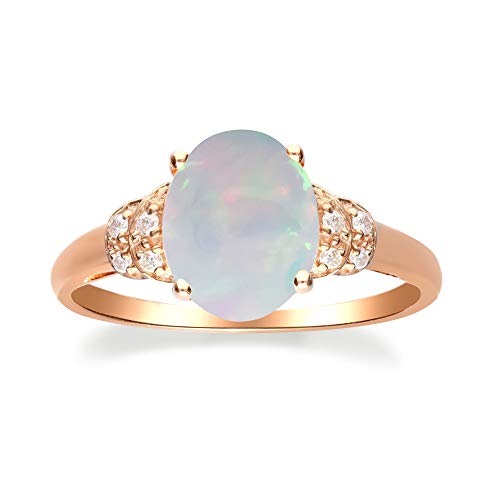 An opal, often known as the “stone of fire,” is a one-of-a-kind gemstone that displays flashing colors, which is called play-of-color. The opal, which is formed during the dry season after seasonal rains in locations such as Australia, is also the October birthstone.

Pros and Cons of an Opal Engagement Ring

The advantages of opal rings are well-known: they have a lot of meaning. Not only is opal the October birthstone, but its allure is undeniable.

Opals have a gleaming luster and sheen to them. They radiate naturally without the need for too many ornamental features.

However, even the finest (and shiniest) gems are not flawless. Opals are more fragile than other stories and may easily scratch.

The history of opals has been well-documented. The Sanskrit term upala, which referred to precious stones, was translated into Greek as opallios, implying a change in color.

The light that passes through a naturally occurring opal is refracted in such a way that it produces rainbows and other hues, which are caused by microscopic particles of silica (known as “play-of-color”) and the size and position of these fragments determines the stone’s quality and distinctiveness. 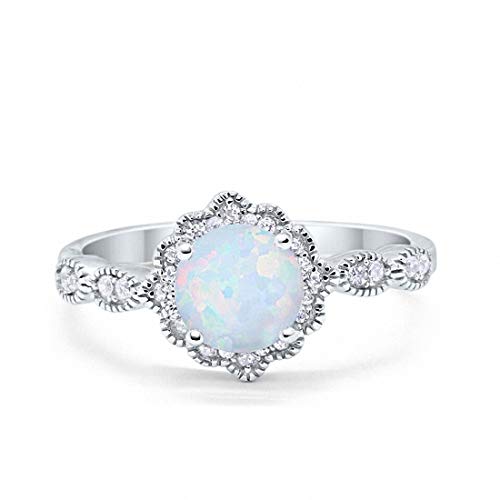 Depending on your budget and color preference, you may choose from a number of opal options. Opals come in a wide range of hues, ranging from nearly translucent crystal opals to dark and brooding black opals.

The base tone of natural opals is generally colorless to medium gray, and they make up the bulk of opal engagement rings’ stones. Boulder opal is a naturally occurring mix of host rock and opal that forms on its own.

Fire opals, sometimes known as Mexican fire opals, are transparent to translucent and have warm colors of yellow, orange, and red. Blue-green Peruvian or blue opal are also available.

The most dark and rare of all opals, black opals come at a premium price. Synthetic opals, like other gemstones, are also an option and are distinguished from genuine opals by the uniformity of the silica patterns.

Opals are somewhat softer than most gemstones, with a Mohs hardness of 5.5 to 6.0.

Opals are not for daily wear, much like all engagement rings (see 3 unexpected times when you shouldn’t wear your engagement ring). Because of the opal’s gentleness, however, wearing and maintaining the ring require extra attention.

Because an opal engagement ring is a soft gem, it needs more care than other designs. If the ring’s high amount of moisture is exposed to cleansers or harsh chemicals, it may be dried out; opals should simply be cleaned with mild solutions.

Touching an opal, unlike other faceted or transparent stones that may become foggy or smudged with usage, can actually improve the luster and help it retain moisture.

Opal rings, like any engagement ring, should not be worn during exercise, cleaning the house, or other activities that might result in harm or other engagement ring mishaps.