The US government issued the 1968 Quarter in many variations. Every variation has unique features and has different worth in the market. If you are someone who loves to know about antique and rare coins, you must read this.

The 1968 quarters were produced in three series and variations. All these three quarters were minted in different mints, and the mintmarks are there to differentiate that. However, quarters minted in Philadelphia don’t have a mintmark present on them.

Besides Philadelphia, Denver and San Francisco are the other two mints. The 1968 D and 1968 S proof are the two different quarters.

The Philadelphian 1968 quarter with no mintmarks is worth around $2 in uncirculated condition with an MS 63 grade. The MS grade has a value of $8. 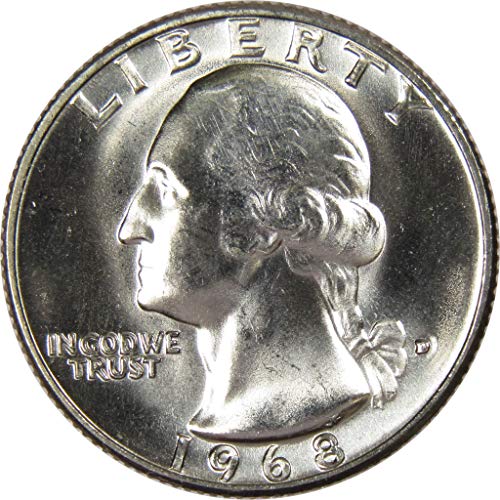 Are 1968 Quarters Made Out Of Silver?

The 1968 quarters were made using copper and nickel. Officially silver wasn’t used in the production. However, before 1965 quarters and dimes in the US were produced using sliver and a resolution was passed to stop using silver in these coins.

Due to such a massive change in operation, it was difficult for the mints to change to copper and nickel efficiently. The mints ensured that the quarters after 1961 were produced using copper and silver, but somehow errors were present and many quarters were produced containing silver.

Some 1968 quarters can be found containing silver. Due to the rareness of these coins, they are valued a bit more than other standard coins.

The coins containing silver are known as silver error coins in the market.

Want to read more about coins? Check out our following guides:

How To Differentiate Between Clad And Silver 1968 Quarters?

This is simple! The main differentiating point between clad and silver is its weight. However, the difference in weight is significantly less, so make sure to use calibrated weighing scale.

A silver quarter is shinier than the clad quarters. No copper or clad layers can be found on the edge of silver error coins. 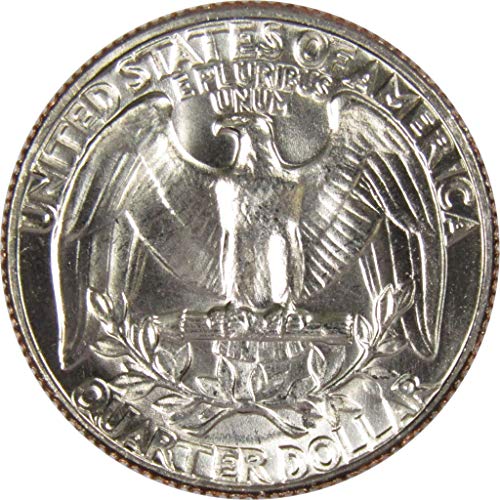 How Many Silver Error 1968 Quarters Exists?

This is what many people want to know and see if they might get lucky in finding one. But, unfortunately, the error in production wasn’t much, and mints made sure nothing like this would happen.

Officially and confirmed, only one silver error 1968 quarter exists. This quarter is worth thousands of dollars and truly a piece to possess. However, some more silver quarters may also exist but haven’t appeared till now. Let’s see if someone finds it in the coming time.

Not really! The US government minted more than 100 million 1968 quarters. The standard 1968 quarters are not rare and are found easily.

On the other hand, the top grades of the 1968 quarters are valued slightly higher than the standard ones. And the silver error coins are scarce to find at valued around thousands of dollars. They don’t exist in high numbers and only exists.

Where Is The Mintmark Located On A 1968 Quarter?

The mintmark on a 1968 quarter is present on the observe side of the coin. Therefore, it can easily be located. All you need is a close look at the quarter.

To check if your 1968 quarter is original, it would be best to get an expert’s opinion. They would provide you with the value as well.