The 1944 half dollar is a great coin to have in your collection.

Not only does it hold a high monetary value but historical value as well.

With old coins selling for thousands of dollars, you may be in luck if you possess a 1944 half dollar.

Read on to know more about the 1944 half dollar. 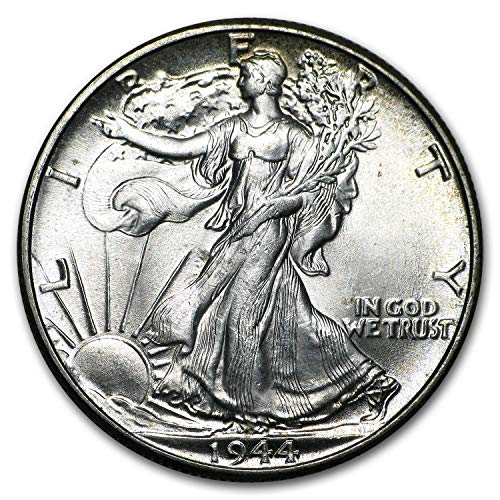 The 1944 half dollar is worth about $13, when it is just in good condition. As the condition of the coin gets better so does the value.

The value of one 1944 half dollar coin in ‘Very Fine’ condition can go for around $18. If you are searching for a 1944 Half Dollar coin then you should look for one in uncirculated condition.

The value of 1944 Half Dollar in uncirculated condition will always be more than one found in good or fine condition. However, depending on the grade of the coin, the uncirculated coins may also differ in value.

On the other hand, the 1944 half dollar that were minted at the San Francisco Mint can be worth around $43 in the MS60 grade and $71 in the MS63 grade range.

The value for a 1944 Half dollar minted at the Denver Mint is around $60 for MS65 condition. 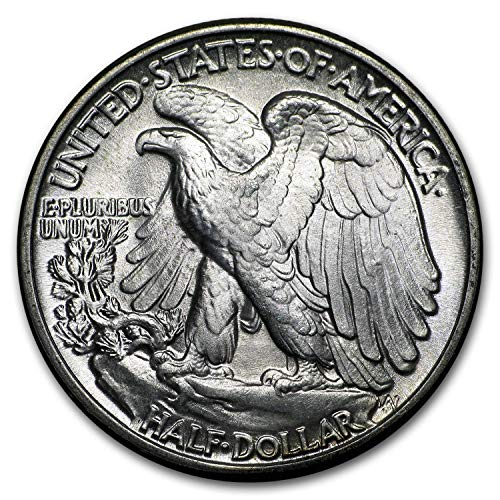 The 1944 Half Dollar has a thickness of 1.8mm and weighs 12.50 grams. This is due to the silver and copper content in the coin.

The coin is only made with two metals mentioned above where as the silver proportion is 90% where as the copper is only 10%.

The design of the 1944 half dollar is absolutely stunning. It is almost the same design that Adolph A Weinman has been using on previous version of the half dollar.

Lady Liberty is on the front side while the bald Eagle can be seen sitting on an olive branch on the back side of the 1944 half dollar coin.

Looking for the value of other coins from 1944? Read more of our guides:

The condition and grade of the coins plays a vital role in determining their value; The following factors can result in your 1944 half dollar getting a higher grade.

The above-mentioned factors can help to give a boost to the value of a 1944 half dollar. However, you should also be weary of the following points.

Yes, all coins from the 1940s are highly collectible and the 1944 half dollar is no different. They may not be worth a fortune but they are surely worth more than their face value.

These days the half dollar coins are made of nickel and copper. However, the 1944 half dollar had a high percentage of silver in it and as silver is a precious metal, it also adds to the popularity of the coin.

Are There Any Errors on the 1944 Half Dollar Coin? 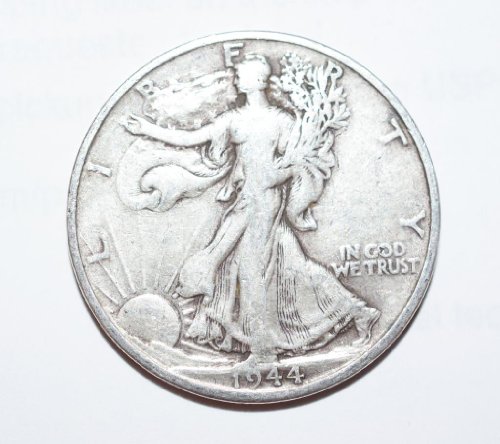 Yes, there are some 1944 D half dollar coins out there with a double die error on the initials of the engraver. The designer Adolph A Weinman’s initials AW were reengraved on the back of the coin causing a double die.

You can also find some coins from the San Francisco Mint that have a rim clip error on the letter “I” of Liberty that is written on the obverse of the coin.

The errors on these coins make the unique and way more than valuable than the coins that are without any error. If you hold an uncirculated 1944 Half Dollar coin in your collection with any of the above errors on it then you can expect to get a lot of money out of it.