The United States of America minted the 1946 Dime with 90% silver content.

Silver gives this coin precious value because of its metal properties.

It is a premium coin that has both monetary and melt value. 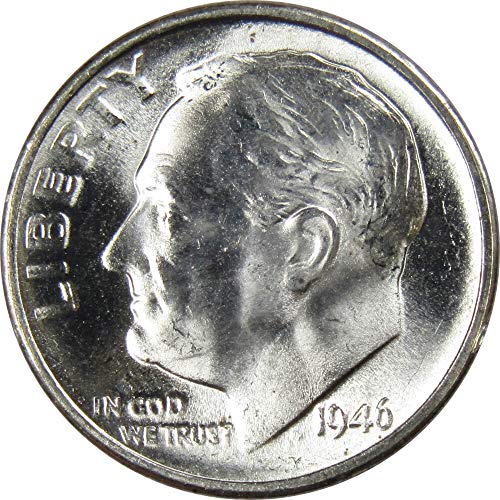 There have also been instances where 1946 dimes have gone for over $4000 based on their rare pristine condition and MS68 grade.

Looking for the value of other coins from 1946? Read more of our guides: 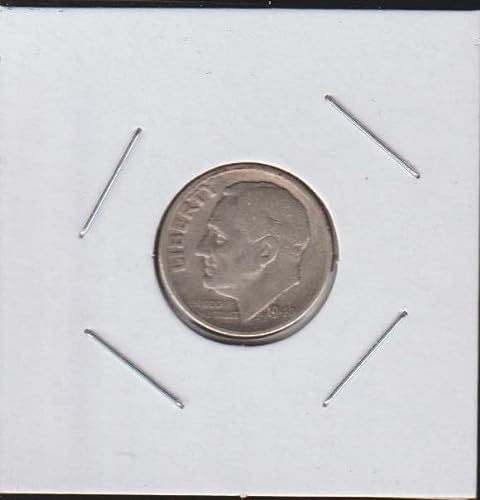 The 1946 Dime is a Roosevelt Dime. The front of the coin illustrates a side profile of the 32nd president of the United States, Franklin Roosevelt.

Hence this coin is also named after him and the Roosevelt Dime. On the rim of the coin, we can see LIBERTY boldly written in capital letters.

And in the lower region of the coin, we can see the inscription “IN GOD WE TRUST,” and the date “1946” can also be found. On some coins, mint marks can also be seen, but if there is no mint mark found, then the coin was probably minted at the Philadelphia mint.

The Backside of the coin illustrates the United States of America inscription on top. While in the center, a beautiful design of a lit torch in the middle of two branches (Oak and Olive).

In the lower region, “ONE DIME” is written on the coin.

Why Are 1946 Dimes Significant?

The 32nd President of the USA passed away in 1945 and this coin was minted as a tribute to the wartime leader Franklin D. Roosevelt.  Roosevelt helped his citizens in their times of need and took them out of the debris of the great depression as well as World War II.

As this was the first dime to be minted the year after Roosevelt’s death, it is significant to the collectors because of this.

If you want to see where your 1946 dime was minted then you can see the mintmark on the base of the torch on the back side of the coin. If you don’t see a mintmark then that means the coin was minted at the Philadelphia Mint.

These dimes were designed by John Sinnock, who developed various coins for the United States treasury. The composition of these dimes is 90% of silver and only 10% of copper.

If kept in good condition, you can see the natural silver luster on these coins. 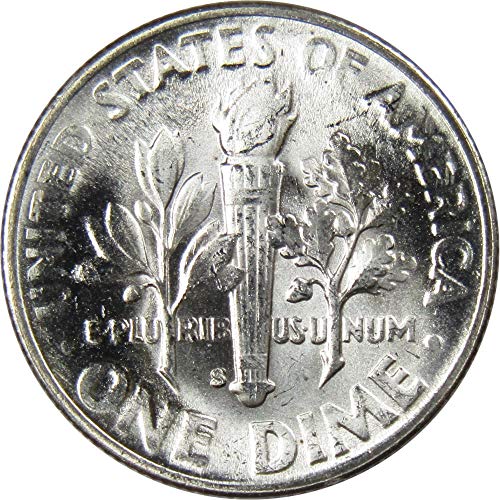 The different mintmarks don’t necessarily mean that the dimes would have different worth. The 1946 Dimes’ worth depends upon the coin’s condition.

Yes, the 1946 dime has several mint errors on it. The three large mints of the United States minted around 300 million of these coins so these were found to have some errors on them.

There is a Repunched mintmark error on some of the 1946 Dime minted at both the Denver and San Francisco mint. There are also 1946 dimes with double die error on both the front and back of the coin.

The double die can be seen on the date, the initials of designer and on the mintmark. Such coins can be worth much more than 1946 dimes in good condition.

The 1946 dimes with errors on them can be worth hundreds and thousands of dollars. A 1946 dime with the repunched mintmark error sold for around $700.