The 1951 quarter is widely known as the 1951 Washington quarter.

If you have been collecting for a long time then you know that all Washington quarters can be worth a lot of money. 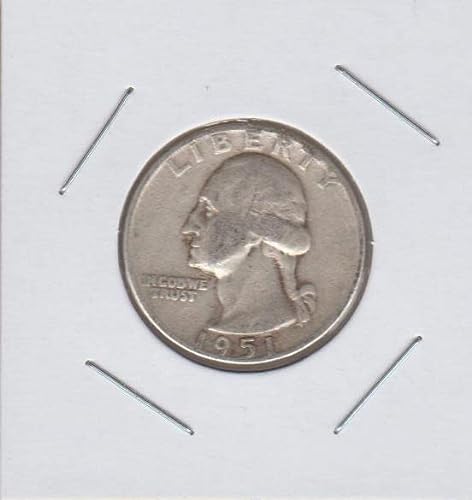 The worth is different for 1951 Washington Quarters with different mintmarks. The quarter with no mintmark is valued at around $7.40 in uncirculated with MS60 grade.

The 1951 D mintmark quarter in uncirculated condition has a value of around $7.40 to $40 depending on their grade.

Looking for the value of other coins from 1951? Read more of our guides:

How Many Proof Coins Were Produced For the 1951 Quarter? 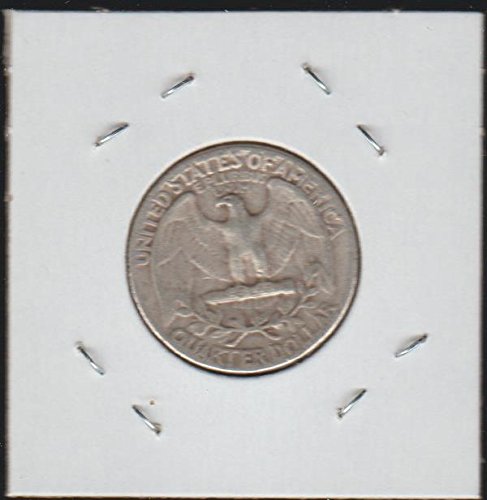 They are minted to check the dye and to ensure that everything is in the right place before starting the actual production. Producing proof coins reduces the chances of errors and mistakes.

When the coin gets old and becomes rare, the mint puts it up for auction as a collectible.

How Much Is Proof Coins Worth of 1951 Quarter?

The proof coin is worth around $74 per coin for the 1951 quarter. The reason why proof coins have the highest value is due to them being minted in very few numbers.

As the proof coins are never circulated, they tend to be in really good condition. Their condition along with the fact that they have no mintmark makes them very rare and very valuable.

Proof coins are minted in a relatively small amount so that also makes the 1951 Quarter Proof coins rare.

In Which Condition Is The 1951 Quarter Worth Collecting?

The proof coin with the grade close to 70 is the best condition 1951 quarter to have in your collection. However, it is very rare to find. Even if you the amount demanded can be high sometimes.

After the proof coins the best choice, you can go for is the 1951 quarter in uncirculated condition. As the grade lowers, so does the value of the coin. However, as the time passes, the coin will become more and more valuable.

This is why people even transfer such collectible coins from generation to generation.

Does The 1951 Quarter Have Any Melt Value?

The 1951 Quarter has around 90% silver in it along with a small percentage copper. This means that even if the coin is not in a good condition, you can still sell it for its melt value.

Which in most cases will always be over it faces value as the prices of silver have gone up since 1951? So, if you are looking to buy a 1951 quarter, do it without any worry as it is a win-win situation for you.

Where Is the Mintmark Present in the 1951 Quarter? 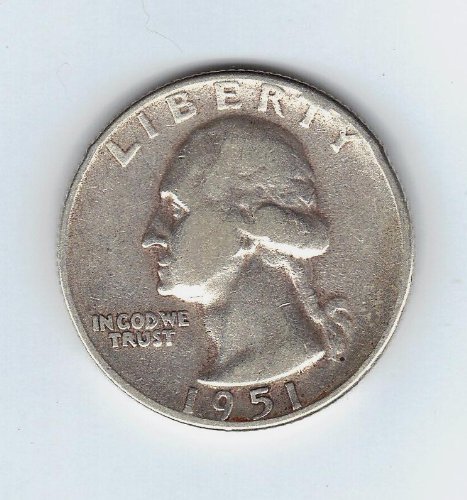 There aren’t that many 1951 Silver Washington quarters with errors however you can still find some coins with double die on the front side of the coin especially on the words “in God We Trust”. A 1951 D Washington quarter with the above-mentioned error sold at an auction for $700.

Another error that you can find on the 1951 D Washington quarter is the repunched mintmark. This quarter was sold for over $400. One of the rarest mint errors on the 1951 quarter is that a few coins were struck on a ten cent planchet.

If you are looking to know more about the errors on 1951 quarters and how these errors make the coin more valuable and collectible then check out this video.