Do you have a 1965 half dollar in your pocket? If so, what is it worth? In this blog post, we will talk about the value of 1965 half dollars and how much they are worth today. Different varieties of half dollars were minted over many years, so there are many different types that can be found in circulation.

In general, the earlier a coin is minted, the more valuable it is. However, there are always exceptions to this rule! So if you have a 1965 half dollar, read on to find out its value.

So, if you want to learn more about the 1965 half dollar value, you are in the right place. Here is what you must know.

The 1965 half dollar worth will depend on the value of the silver. For example, the silver melt value of this coin is around $3.66. We calculated the melt value according to the current silver spot price, which is more than $24 per ounce. 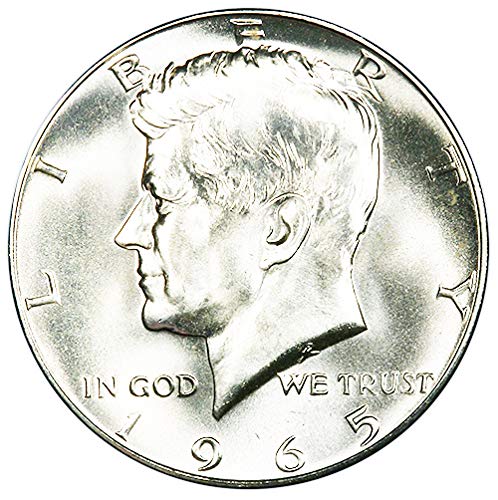 Why Are Most Of The 1965 Half Dollars In Uncirculated Condition?

You will notice that most of the 1965 half dollars are in uncirculated condition, and there is a reason for that. When these coins were released in 1965, collectors jumped at the chance to get these coins, and they saved almost all of them. Of course, some of them were still circulated, but they are relatively less than the uncirculated coins.

That is why if you want to find this coin right now, there are high chances that it will be in uncirculated condition. Of course, that is good news for you as the value will be higher, which means you can also sell these coins at a relatively high price than circulated coins.

What Is On The Obverse Side Of The Kennedy Half Dollar?

It is important to know what each side of the coin depicts so that you can tell you have an authentic coin. For example, the obverse side of the coin has Kennedy’s head facing the left side. Above his head and towards the side, you will see the word Liberty written.

The date of the minting of the coin will be below Kennedy’s head. Besides that, underneath the date, you will find, In God, We Trust written in a straight line. The obverse side of this coin was the work of Gilroy Roberts, who was the chief engraver of the mint.

What Is On The Reverse Side Of The Kennedy Half Dollar?

Frank Gasparro created the reverse side. Once you notice both of these sides, you can tell if the coin you have is real or not. The coins you will find today are available in a proof finish and in an uncirculated condition. 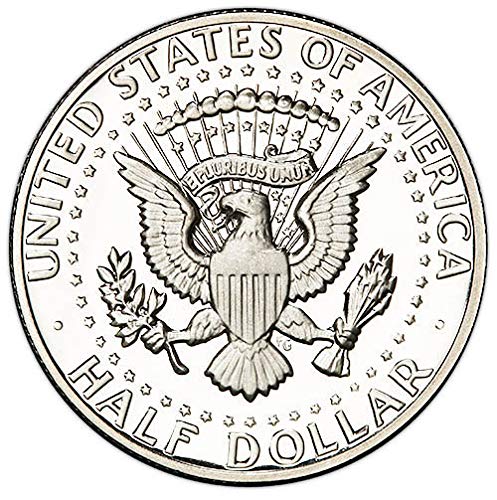 What Is The Difference Between MS 63 And 65 Kennedy Half Dollar?

The MS 63 grade coin has some contact marks and blemishes. Besides that, the luster of this coin grade is not that visible to the naked eye. On the other hand, the MS 65 coin has a strong eye appeal and luster.

You might also find a few contact marks, but you will not be able to notice them. That is why MS 65 has a higher value.

Find out the value of the other 1960s half dollar coins…

How Much is 1969 Half Dollar Worth? (Full Numbers)