The value of a 1964 half dollar depends on a few factors, including its condition and the mint mark. The 1964 half dollar is also known as the Kennedy dollar, and you will find its value as a silver coin.

That is because the metal composition of the coin is 90% silver and 10% copper. So, the 1964 half dollar value will depend on the silver weight, coin condition, and more.

If you want to learn more about the value of this coin, you are in the right place. Here is what you must know.

The 1964 half dollar value depends on the weight of silver in the coin. The current silver melt value for this coin is almost $9. We have calculated this value from the current silver spot price, which is over $24/ounce. 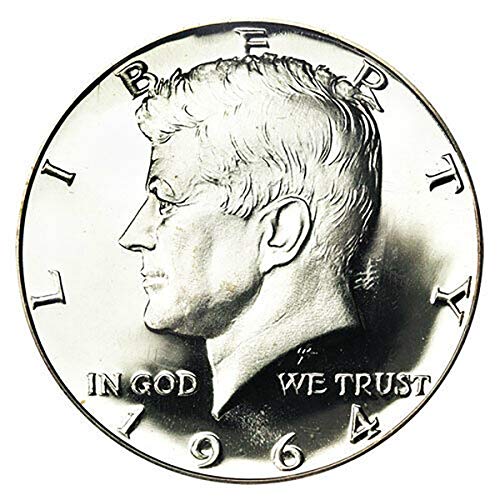 What Is The 1964 Half Dollar Value Of The D Series?

There are also proof coins that are available with no mintmark. The value of these coins in PR 65 condition is at least $30. The proof coins were many as more than 3,000,000 were minted.

Why Is The 1964 Half Dollar Value Not That High?

You might be wondering why the 1964 half dollar value is not that high, and there is a reason for that. When these coins were minted, they were hoarded by collectors right after they were released to the public. Because of this, it was rare to see these coins in circulation at the time.

So, most of the 1964 half-dollar coins you see for sale are in uncirculated condition. That is why the value of the coin is relatively higher than its face value.

What Is The 1964 Half Dollar Value Of The Accented Hair Variety?

If you didn’t know already, there is an accented hair variety of the 1964 half dollar. However, this variety exists in the proof version of the coin. This design was made in order to change hair of Kennedy by making it more detailed.

Besides that, there are also other minor changes in the coin, which are much more difficult to notice. Many people theorize why the design was changed because of this. The most popular theory is that Kennedy’s wife wanted his hair to be more detailed in the coin.

Why Were The 1964 Kennedy Half Dollars Minted?

As soon as they were produced and released, they became incredibly popular among collectors. Because of this, most collectors hoarded this coin. 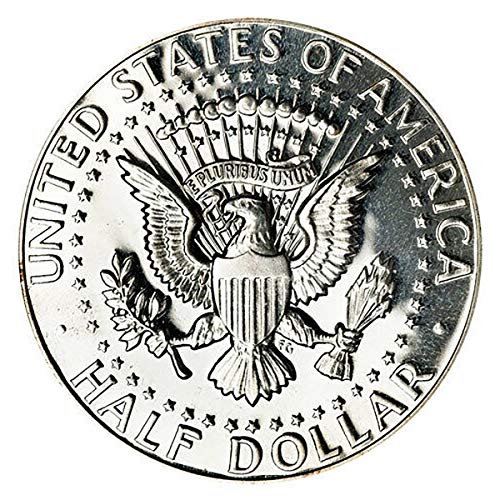 1964 Half Dollar worth Composition

In 1964, the United States minted a coin known as the half dollar. It is made of copper and silver. The composition of this coin is 90% silver and 10% copper which means that the market value of silver and coin may also effect the value of the coin. In addition there are a few other things that can affect the price such as the condition of the coin and if it has been circulated.

Find out the value of the other 1960s half dollar coins…

How Much is 1969 Half Dollar Worth? (Full Numbers)