The 1964 quarter value has a value of silver bullion and numismatic coins.

Here is everything else you need to know about the 1964 quarter and its worth today.

The 1964 quarter does not have much numismatic value because many of these coins were minted during that year. If you are lucky, you will even find some of these coins still in circulation. Of course, that is rare, but not impossible. 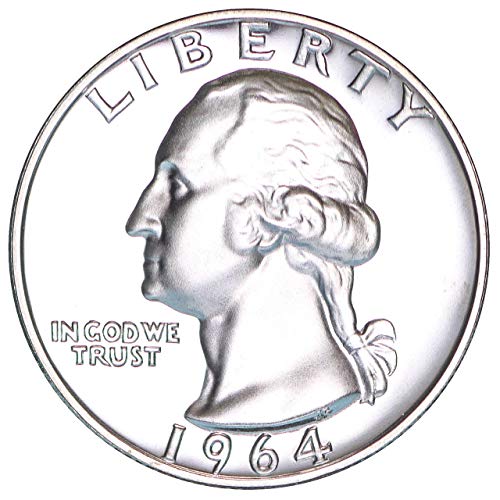 Is There Anything Special About A 1964 Quarter?

You might be wondering how the value of a quarter is higher than what it was before. After all, it must have something special. For example, the 1964 quarter value is high because it was the last year that is quarter-dollar coin was produced with silver.

After 1964, the design of the coin remained the same, but it was no longer made with silver. That is why the value of the coin is directly related to the amount of silver it has inside it. For example, the 1964 quarter was made with 90% silver during that year.

The best way to find out if a quarter is made from silver is to check the date. The date will be there at the front of the coin. All quarter coins that have been manufactured before 1965 will be created from silver.

How Many Grams Of Silver Are Present In The 1964 Quarter?

All quarter silvers that were manufactured and issued in 1964 have 6.25 grams of silver. That is almost one-fifth of an ounce of silver in each coin. The 1964 quarter value is also determined by the grams of silver present in the coin.

After the year 1964, the coins were not manufactured from silver anymore. That is why the 1964 quarter value and the ones prior have a higher value than post-1964 coins. So, if you are a collector, you must have this quarter in your collection.

What Are The Obverse Features Of The 1964 Quarter?

The obverse (head) features include an image of President George Washington facing the left direction as you hold it in your palms. Besides that, the word “Liberty” will appear over his head. The minting date is below the head and slightly to the left.

On the obverse, you will also find an inscription that says “In God, we trust” that appears below the chin of the president on the left-hand side. That is how you can determine 1964 from its obverse features in no time.

What Are The Reverse Features Of The 1964 Quarter?

The reverse (tail) features include a bald eagle with outstretched and long wings in the middle of the coin. The eagle is perched on many arrows and has an olive spray set beneath it. Of course, you will also find “United States of America” written above the eagle with another motto of “E Pluribus Unum.”

Besides that, underneath the eagle, you will see the words “Quarter Dollar.” Of course, this is written to ensure that people understand that it is a quarter coin. Once you check the obverse and reverse features, you can finally understand whether the coin you have is a 1964 quarter or not in no time. 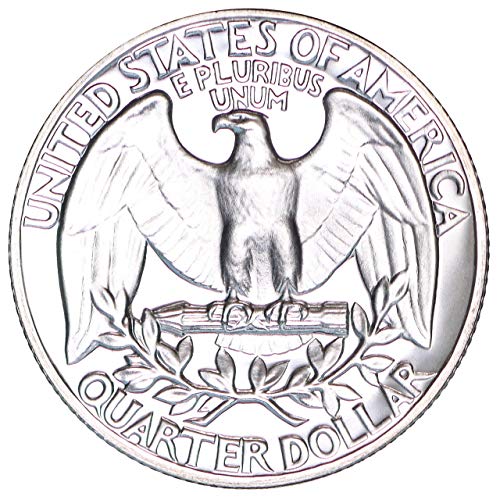