The Dark Magician is a card that every Yu-Gi-oh fan knows. The card was used by the anime’s protagonist, Yugi Moto himself; this alone makes the card very collectible in its own right.

Just like other Yu-Gi-oh cards, when you add rarity to this card and give it an excellent illustration along with awesome features, the card’s value rises exponentially.

The Dark Magician is an iconic card in the Yu-Gi-Oh community, and rightfully so; it has consistently been versatile when it comes to dueling and has also been giving a good return on investment to players who managed to get a hold of the rarer Dark Magicians from the card game.

So, to honor this card with such a legendary status, we decided to hunt down the 5 most expensive Yu-Gi-Oh Dark Magician cards in 2022. These prices have been taken from multiple resellers on the internet, and you’ll find prices similar to those on this list. 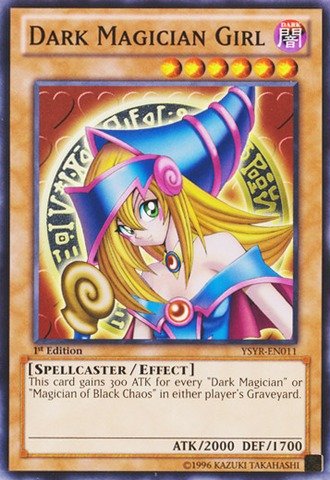 What Are the most valuable Dark Magician Cards?

With that being said, let’s jump right into it and uncover the five most expensive Dark Magicians! 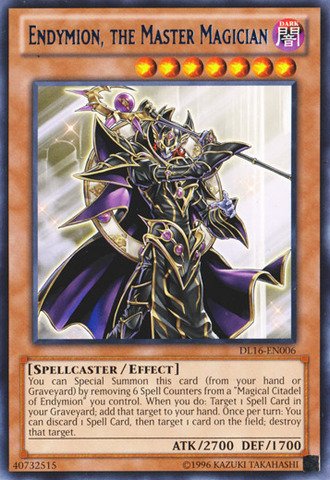 This Duelist League Dark Magician Promo card has consistently sold for a price above $100, and rightfully so. As it is a Promotional card, it is scarce, and the players with a hold on it are not very keen on letting go of such a cool card in their possession.

So good luck finding this one on sale for a while. When it comes back in stock, expect the price to jump significantly! 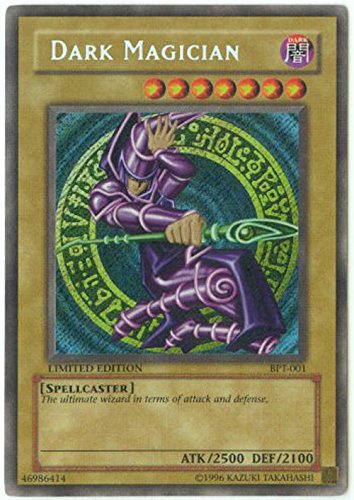 The 2002 Collector’s Tin Dark Magician is probably one of the most iconic Dark magicians of all time, and rightfully so; the card’s illustration shows the magician in a pose that looks really cool with the background it has.

The card’s color scheme, along with the Dark Magician, just blends in seamlessly, giving us an iconic card that will stay relevant or decades to come! The card sells for more than $150 on eBay, so if you manage to get this card for anything less than $150, that’ll be a steal! 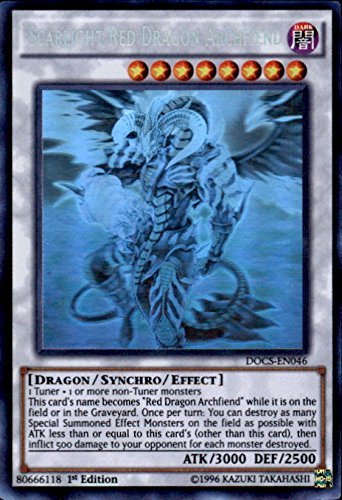 Battle of chaos was the 7th booster pack in the OCGs 11ts series. It featured great cards that were valuable back in the day. Still, none of them compare to the Yu-Gi-Oh Battle of chaos, The Dark Magician Starlight Rare, which has managed to stay relevant even after so many years of its initial release.

The card’s illustration is probably the best one when it comes to Dark magicians in Yu-Gi-Oh; the holo foil is also very distinctive, making it one of a kind, a feature many card collectors love to have in their cards!

The card goes for anywhere between $200 to $300; the $230 price point is what we got from eBay, but even that is out of stock, so when the card becomes available, it probably will be worth a lot more! 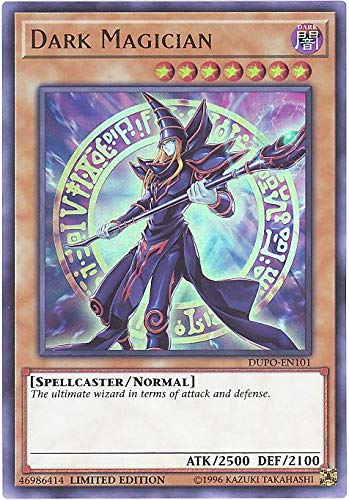 The Retro Pack was the first Europe Exclusive Yu-Gi-Oh pack, and hence it has a massive fan following in the West. It features some of the best cards Yu-Gi-Oh had seen then, and Dark Magician was one of the best from the set.

The card is precious and recognizable; every Yu-Gi-Oh fan knows what this card is because of its iconic illustration, and hence its massive $450 price point!

In the number one spot, we have the extremely rare Dark Magician, which was released as a promotional card for the Yu-Gi-Oh video game that came out for the Game Boy; this makes the card one of the most coveted cards in the Yu-Gi-Oh fandom. Because of this, the card’s value is soaring at the movement, and you can find it selling for $800+